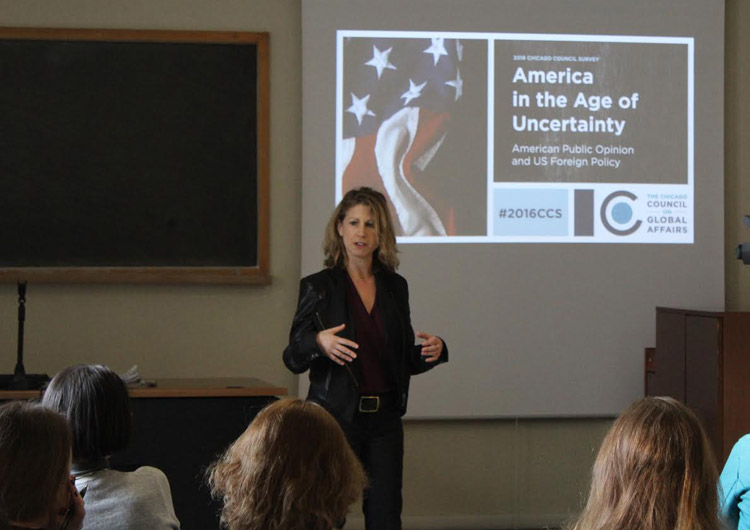 Dina Smeltz gives her presentation at the Catholic University of Milan

On Wednesday and Thursday January 25th and 26th, Chicago Council on Global Affairs Senior Fellow Dina Smeltz delivered an in-depth analysis of public opinion polling in the 2016 presidential election at the Walter Tobagi School of Journalism of the State University of Milan and at the Catholic University School of Journalism.  USG alumni association Amerigo hosted a successful evening lecture at the Sormani Library in Milan.  Meltz also met with the up and coming Milan pollsters ‘Voices From the Blogs.’

Ms. Smeltz analyzed exit polls data to explain where public opinion polls succeeded and failed over the election cycle. She showed how in the past national polling estimates were largely accurate, but how this year’s election cycle revealed significant deficiencies in polling at the state and local level, such as the pollsters’ failure to predict President Trump’s Electoral College victories in Wisconsin, Michigan and Pennsylvania.