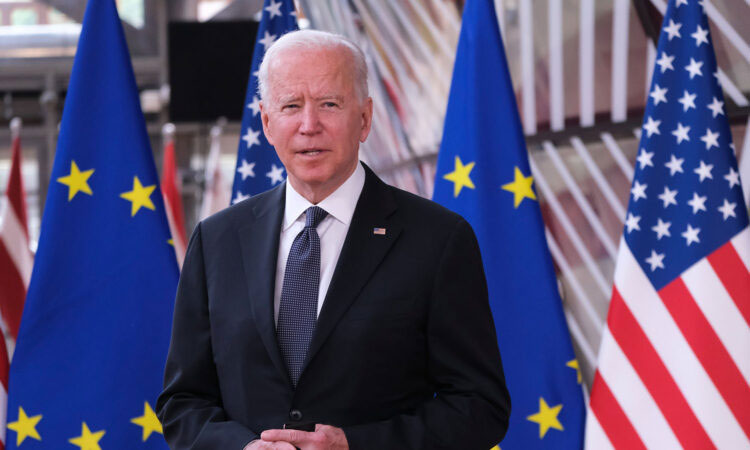 Today, President Biden and G7 Leaders from Canada, France, Germany, Italy, Japan, and the United Kingdom as well as the European Union will announce new economic actions to hold Putin accountable for his continued assault on Ukraine and further isolate Russia from the global financial system. Each partner will implement actions consistent with their national processes.

These actions will collectively ramp up pressure on Putin and build on the unprecedented package of economic sanctions and export controls the United States and over 30 countries have already imposed on Russia. Today, the ruble is trading at its weakest level ever and is worth less than a penny; the Russian stock market is closed for the longest time in history; the Russian government’s credit rating has been downgraded to “junk” status, and we’re seeing a mass exodus from Russia by the private sector – the result of our historic, multilateral coordination and commitment to ensure that Putin’s war of choice is a strategic failure. Russia has now become a global economic and financial pariah.

Revoking Russia’s Most-Favored Nation Status. President Biden will work closely with Congress to deny Russia the benefits of its WTO membership and ensure that Russian imports do not receive most favored nation treatment in our economy. The United States Congress has demonstrated bipartisan leadership to revoke Permanent Normal Trade Relations for Russia, and President Biden looks forward to signing a bill into law. Together with similar actions by the G7, following our respective national processes, this collective action by more than half of the global economy will deliver another serious economic blow to Russia.

Full blocking Sanctions on Additional Russian Elites and their Family Members. This includes Yuri Kovalchuk, executives of banks we have sanctioned, and Duma members who sponsored legislation to recognize the so-called “Donetsk People’s Republic” and “Luhansk People’s Republic.” This action will follow up on multiple efforts, along with those of our allies and partners, to target Russian elites and their family members who are profiting from this war of choice, and cuts them off from the U.S. financial system, freezes any assets they hold in the United States and blocks their travel to the United States. We will work through the international task force announced on February 26 to pursue the ill-gotten gains of these elites.

Ban Export of Luxury Goods to Russia. President Biden will sign an Executive Order (E.O) that will end the exportation of luxury items to any person located in the Russian Federation. This will ensure that U.S. persons are not providing luxury items, such as high end-watches, luxury vehicles, high-end apparel, high-end alcohol, jewelry, and other goods frequently purchased by Russian elites. The U.S. export value of the products covered by today’s luxury goods restrictions is nearly $550 million per year. The elites who sustain Putin’s war machine should no longer be able to reap the gains of this system and squander the resources of the Russian people.

New guidance by the Department of Treasury to Thwart Sanctions Evasion, including through Virtual Currency. The Department of the Treasury, through new guidance, will continue to make clear that Treasury’s expansive actions against Russia require all U.S. persons to comply with sanctions regulations regardless of whether a transaction is denominated in traditional fiat currency or virtual currency. Treasury is closely monitoring any efforts to circumvent or violate Russia-related sanctions, including through the use of virtual currency, and is committed to using its broad enforcement authorities to act against violations and to promote compliance.