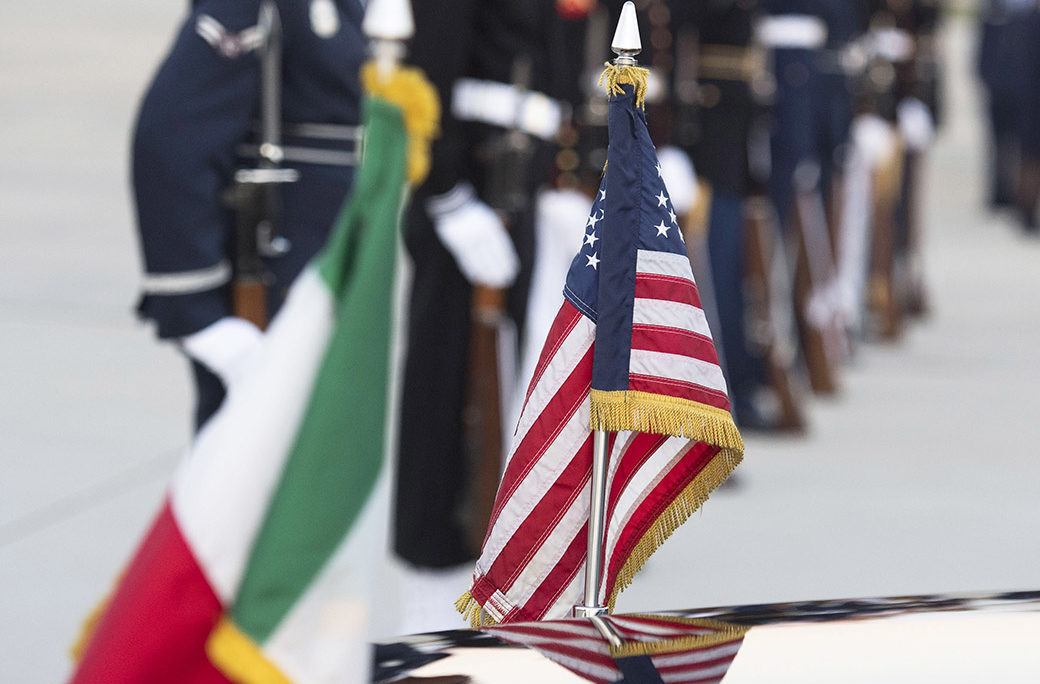 The White House
Office of the Press Secretary
For Immediate Release
October 18, 2016

Partners in Global Security:  Italy is a steadfast and active transatlantic Ally, and the United States and Italy have sought to foster democratic ideals and international cooperation across a range of global security challenges.  The United States and Italy are working together bilaterally and through the NATO Alliance on international security and humanitarian efforts such as the Counter-ISIL Coalition, Afghanistan, Syria, Libya, and the refugee and migration crisis in the Mediterranean.  Italy is a strong partner and leader in the global effort to counter terrorism and violent extremism, and is one of the largest troop contributors to the Counter-ISIL Coalition.  The Italian Carabinieri forces are leading the way in training thousands of police in Iraq, a key component of the Coalition’s efforts to secure and stabilize Iraqi cities and towns after they have been liberated from ISIL.  Within NATO, Italy provides troops for the Resolute Support Mission in Afghanistan, focused on training, advice, and assistance for the Afghan National Defense and Security Forces.  Italy also serves as the Resolute Support Mission framework nation for the western region of Afghanistan.  In addition to its significant troop contribution, Italy provides vital financial support for the Afghan security forces.  In addition, Italy is the third largest contributor to NATO’s Kosovo Force (KFOR) operation and is one of seven NATO Allies that is a framework nation for NATO’s Very High Readiness Joint Task Force.  We are also working closely with the Italians to support the Libyan Government of National Accord and its efforts to remove ISIL and other terrorists from Libya.  Italy is the second-largest host to U.S. troops in Europe, providing a home to over 30,000 U.S. military and Department of Defense civilians at installations across Italy.

Strong Economic Ties:  Our two countries benefit from a close economic and commercial relationship.  The United States is one of Italy’s most important trade partners, with two-way trade in 2015 totaling over $80 billion.  The United States is Italy’s largest non-European export market; Italy is our 12th-largest trading partner.  Italian direct investment in the United States supports over 127,000 U.S. jobs, and U.S. direct investment in Italy supports over 200,000 Italian jobs.  Between five and six million American tourists visit Italy each year.

Cultural Exchange and Heritage:  Robust educational exchange programs serve as a foundation for fostering people-to-people ties between the United States and Italy.  Italy is the second most popular destination for American students, hosting approximately 30,000 annually, after the United Kingdom.

The Commission for Educational and Cultural Exchanges between Italy and the United States (the Fulbright Commission) is one of the oldest and largest in Europe.  Since the Commission was established in 1948, approximately 10,000 U.S. and Italian students, teachers, lecturers, and researchers have been awarded Fulbright grants.  The Business Exchange and Student Training (BEST) program brings young managers and entrepreneurs in science and engineering to the United States to pursue academic coursework and training in entrepreneurship.  Since 2001, the United States and Italy have been partners in a bilateral agreement protecting Italy’s cultural property by reducing the incentive for looting of archaeological sites in Italy and preventing the illicit trafficking of cultural objects from Italy.