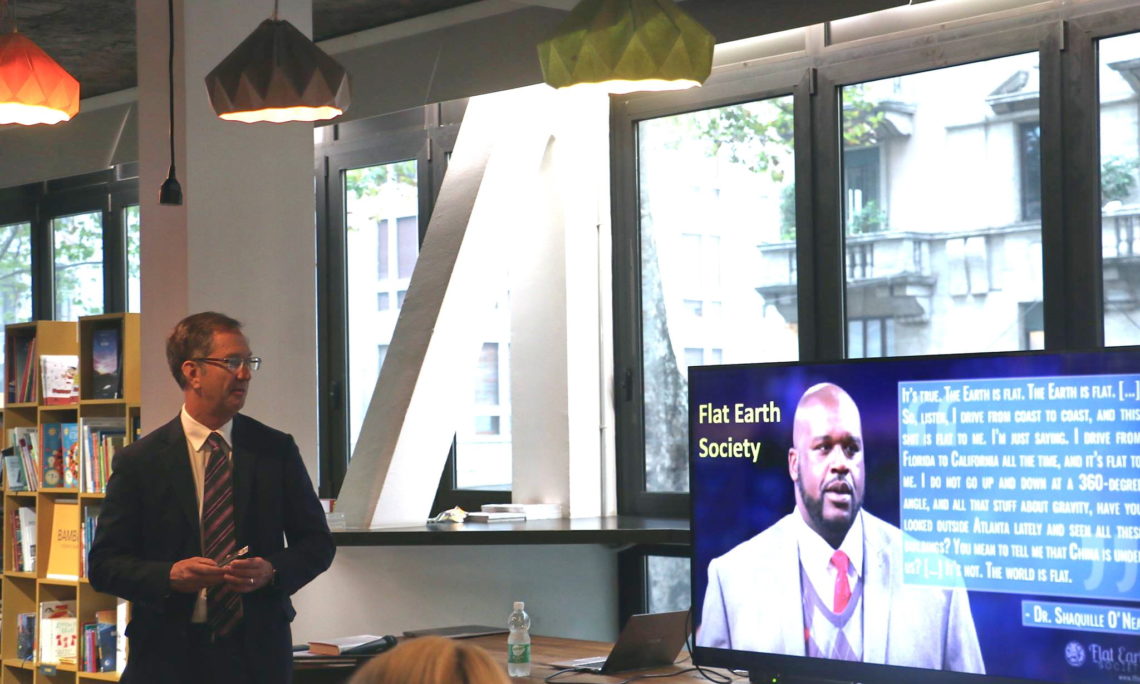 U.S. speaker Kip Knight was in northern Italy October 19 -20. In Milan and Turin, Kip engaged with more than a thousand people –  in the corporate sector, as well as students, academics, journalists, and digital experts –  in a series of lectures, meetings and roundtables on the growing threat of disinformation, misinformation and fake news as well as the need to develop counter-programming and improve media literacy, especially among youth. His primary message is that “disinformation is dangerous and can lead to horrible things that we can prevent” if we take action now. As the keynote speaker at a networking breakfast co-sponsored by corporate communication agency Lundquist, he outlined the impact disinformation could have on companies and businesses: “If your company becomes the subject of fake news, the best way to counter this is to establish credibility and accountability.”. In addition, Kip opened the second day of the 2017 edition of Mashable Social Media Day + innovation Days at Talent Garden Calabiana where he shared a few tips on how to neutralize fake news: consider and verify the source; check the date; and ask the experts.

Kip is the founder of the U.S. Marketing Communication College (USMCC), which works with the State Department to train diplomats on marketing strategy and implementation, and is also Senior Vice President, U.S. Franchise, Canada and Australia, at H&R Block, Inc.