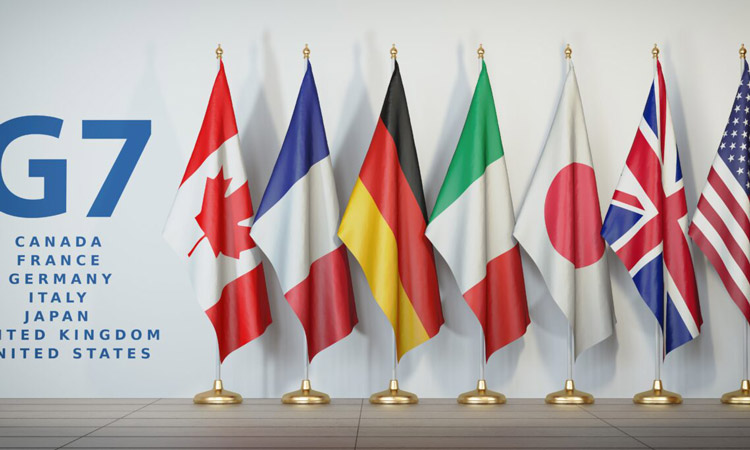 We, the G7 Foreign Ministers of Canada, France, Germany, Italy, Japan, the United Kingdom, and the United States of America, and the High Representative of the European Union reiterate our profound condemnation of Russia’s unprovoked and unjustifiable war of choice against Ukraine, enabled by the Belarussian government.

Russia must immediately stop its ongoing assault against Ukraine, which has dramatically impacted the civilian population and destroyed civilian infrastructure, and immediately withdraw Russia’s military forces. With its further aggression, President Putin has isolated Russia in the world, as evidenced by the overwhelming vote at the United Nations General Assembly condemning Russia’s aggression and calling upon it to withdraw its forces immediately.

We express our heart-felt solidarity with the Ukrainian people and our sympathy with the victims of this war and their families. We underline our unwavering support for Ukraine, its freely-elected government and its brave people at this most difficult time, and express our readiness to assist them further.

We condemn the Russian attacks on Ukrainian civilians and civilian infrastructure, including schools and hospitals. We call on Russia to uphold its obligation to fully respect international humanitarian law and human rights law. Ukrainian and UN humanitarian agencies, medical personnel, and non-governmental assistance providers must be given safe, rapid and unimpeded access to people in need immediately throughout the entire territory of Ukraine within its internationally recognized borders. We acknowledge the announcement of an arrangement on humanitarian access as an important first step. This will need to be implemented reliably and swiftly. We commit to increasing humanitarian support, as the needs of the Ukrainian people grow due to Russia’s aggression. We urge Russia to stop its attacks especially in the direct vicinity of Ukraine’s nuclear power plants. Any armed attack on and threat against nuclear facilities devoted to peaceful purposes constitutes a violation of the principles of international law. We support the initiative of IAEA Director General Grossi announced today for an agreement between Ukraine and Russia to ensure the safety and security of nuclear facilities in Ukraine.

We are deeply concerned with the catastrophic humanitarian toll taken by Russia’s continuing strikes against the civilian population of Ukraine’s cities. We reemphasize that indiscriminate attacks are prohibited by international humanitarian law. We will hold accountable those responsible for war crimes, including indiscriminate use of weapons against civilians, and we welcome the ongoing work to investigate and gather evidence, including by the Prosecutor of the International Criminal Court (ICC).

Russia’s blatant violation of the fundamental principles of international peace and security and the breach of international law have not gone unanswered. We have imposed several rounds of far-reaching economic and financial sanctions. We will continue to impose further severe sanctions in response to Russian aggression, enabled by the Lukashenka regime in Belarus.

We wish to make clear to the Russian and Belarusian people that the severe sanctions imposed on Russia and Belarus are a consequence of and clear reaction to President Putin’s unprovoked and unjustifiable war against Ukraine. President Putin, and his government and supporters, and the Lukashenka regime, bear full responsibility for the economic and social consequences of these sanctions.

We condemn the widespread use of disinformation by the Russian Government and its affiliated media and proxies to support its military aggression against Ukraine. Their steady stream of fabricated claims is putting additional lives at risk. We commit to countering Russia’s disinformation campaign.

We reaffirm our support and commitment to the sovereignty, independence, unity and territorial integrity of Ukraine within its internationally recognized borders, extending to its territorial waters. We underline that any purported change of status achieved by Russia’s renewed aggression will not be recognized.