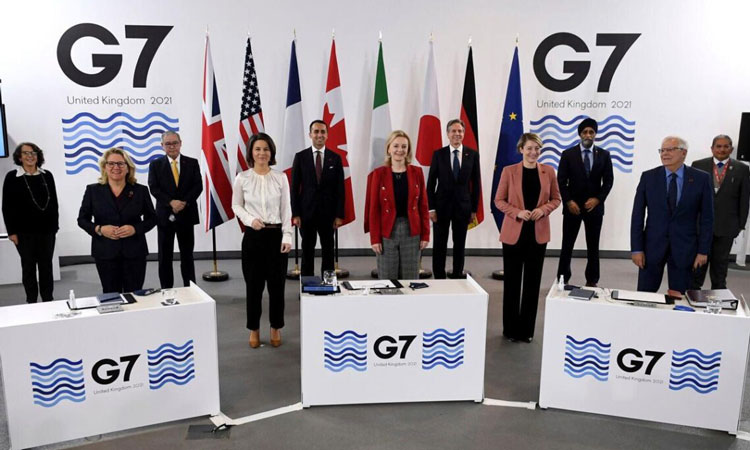 We, the G7 Foreign Ministers of Canada, France, Germany, Italy, Japan, the United Kingdom, and the United States of America, and the High Representative of the European Union, are united in our condemnation of Russia’s military build-up and aggressive rhetoric towards Ukraine.

We call on Russia to de-escalate, pursue diplomatic channels, and abide by its international commitments on transparency of military activities as President Biden did in his call with President Putin on 7 December. We reconfirm our support for the efforts of France and Germany in the Normandy Format to achieve full implementation of the Minsk Agreements in order to resolve the conflict in eastern Ukraine.

Any use of force to change borders is strictly prohibited under international law. Russia should be in no doubt that further military aggression against Ukraine would have massive consequences and severe cost in response.

We reaffirm our unwavering commitment to Ukraine’s sovereignty and territorial integrity, as well as the right of any sovereign state to determine its own future. We commend Ukraine’s posture of restraint.

We will intensify our cooperation on our common and comprehensive response.