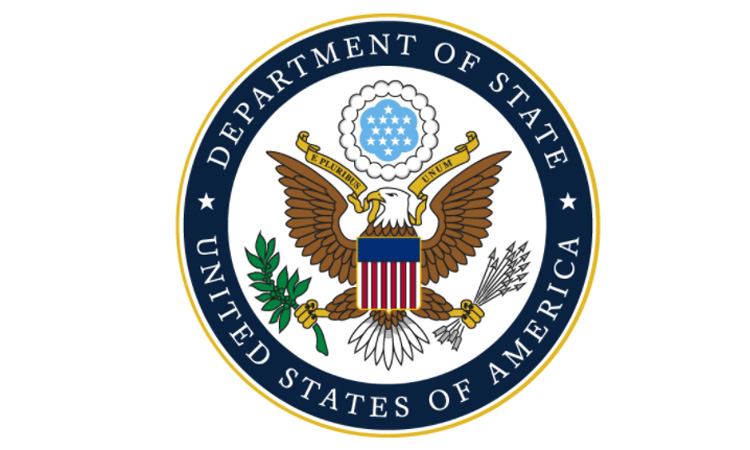 Media Note
Office of teh Spokesperson

The text of the following statement was released by the G7 foreign ministers of Canada, France, Germany, Italy, Japan, the United Kingdom and the United States of America and the High Representative of the European Union.

We, the G7 foreign ministers of Canada, France, Germany, Italy, Japan, the United Kingdom and the United States of America and the High Representative of the European Union, are united in condemning, in the strongest possible terms, the confirmed poisoning of Alexei Navalny.

Germany has briefed G7 partners on the fact that clinical and toxicological findings by German medical experts and a specialized laboratory of the German armed forces have determined that Mr. Navalny is the victim of an attack with a chemical nerve-agent of the “Novichok” group, a substance developed by Russia. Mr. Navalny is in intensive care in a Berlin hospital and remains in a serious condition. Our heartfelt thoughts are with his family, and we hope for his full and speedy recovery.

Any use of chemical weapons, anywhere, anytime, by anybody, under any circumstances whatsoever, is unacceptable and contravenes the international norms prohibiting the use of such weapons.  We, the G7 foreign ministers, call on Russia to urgently and fully establish transparency on who is responsible for this abhorrent poisoning attack and, bearing in mind Russia’s commitments under the Chemical Weapons Convention, to bring the perpetrators to justice.

This attack against opposition leader Navalny is another grave blow against democracy and political plurality in Russia. It constitutes a serious threat to those men and women engaged in defending the political and civil freedoms that Russia herself has committed to guarantee. We call on Russia to fulfill its commitments under the International Covenant on Civil and Political Rights and to guarantee these rights, including the right to freedom of expression, to its citizens.

We will continue to monitor closely how Russia responds to international calls for an explanation of the hideous poisoning of Mr. Navalny. We remain strongly committed to our support for democracy, the rule of law and human rights in Russia and to bolster our support to the Russian civil society.