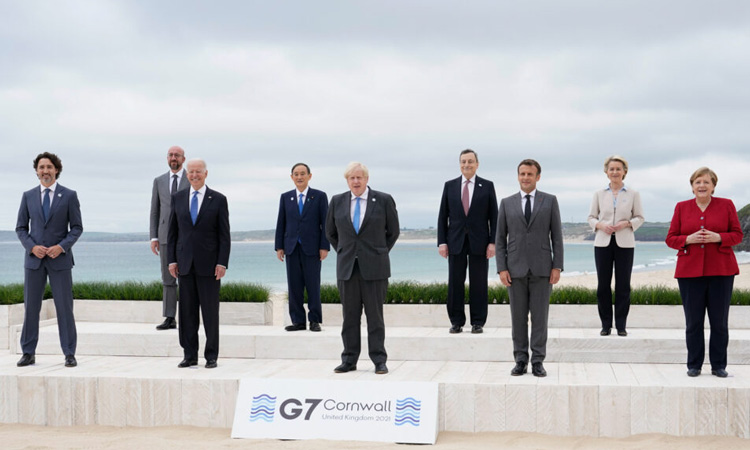 The United States joined other leading industrialized nations in the Group of Seven to announce new measures to tackle climate change, both at home and abroad.

“Transitioning the world to cleaner energy sources is urgent,” President Biden said on June 13 at a press conference after the leaders met. “It’s essential if we’re going to beat the climate.”

For the first time, the G7 leaders aligned their long- and short-term climate goals to keep the 1.5 degrees Celsius global-warming threshold within reach. They also agreed to conserve or protect 30% of global land and marine areas by 2030.

In addition to these steps, the G7 leaders launched a new global infrastructure initiative, the Build Back Better World (B3W) Partnership.

The world’s major democracies will lead this infrastructure partnership. It will address the $40 trillion infrastructure need in the developing world.

“We believe that will not only be good for the countries, but it’ll be good for the entire world and represent values that our democracies represent, and not autocratic lack of values,” President Biden said.

The partnership’s planning will accord with the Paris Climate Agreement. Any infrastructure developed in low- to middle-income countries will be sustainable and aimed at empowering women and girls.

Transitioning away from coal

The G7 will deploy environmentally friendly technologies to address coal emissions, the largest single contributor to climate change around the world.

“We also made a historic commitment to permanently eliminate the use of our public finance to support unabated coal projects around the world,” said President Biden, “and to end them by this year.”

Canada, Germany, the United Kingdom and the United States pledged to provide the Climate Investment Fund with up to $2 billion to support the transition from coal to clean energy in developing countries. That organization is expected to mobilize about $10 billion in additional funding from the multilateral development banks, development finance institutions and the private sector.

President Biden is working to make the United States free from carbon-pollution electricity by 2035.