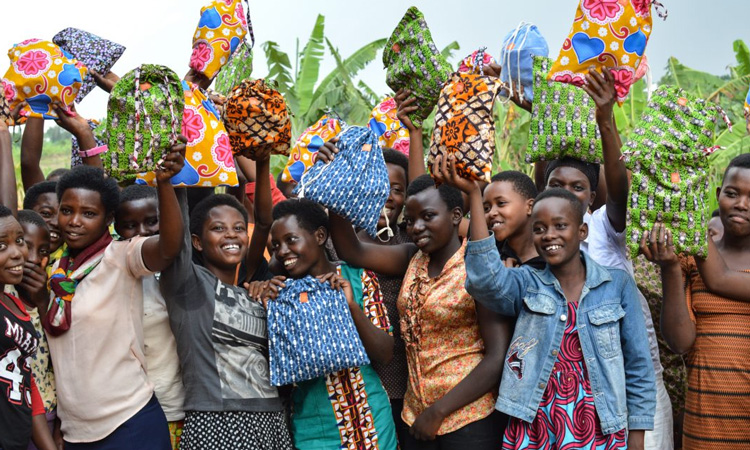 During a visit to an orphanage in Kenya in 2008, Celeste Mergens, a humanitarian aid worker from Washington state, learned that girls were sitting on cardboard for several days each month, often going without food unless someone would bring it to them.

That is when Mergens said she first learned that many women and girls in the developing world did not have access to feminine hygiene products.

“I knew that we had to do something about it so that they didn’t miss class and be isolated in their rooms,” said Mergens.

Today, around 60,000 volunteers in countries across six continents make up a global network that distributes the kits, along with menstrual health education, to women and girls in 127 countries. The kits are “open-source” so that others can easily make the reusable pads anywhere in the world.

The impact of ‘getting back their days’

Mergens said she chose the name Days for Girls because “it gives them their days back — days of education, opportunity, health and dignity.”

“Until the girls told me themselves that they were being sexually exploited in exchange for a single disposable pad, I didn’t recognize how huge the impact [is] of not having what you need for this basic biological function,” Mergens said.

Days for Girls is not the only organization involved in this issue.

In Los Angeles, for instance, a group of high school students held bake sales to help rural schools in India obtain machines to make sanitary pads to help keep girls in school. Their project, aided by their English teacher, Melissa Berton, attracted the attention of a young Iranian-American director, Rayka Zehtabchi, who made a short documentary about the pad-making machine.

The film — Period. End of Sentence. — earned Zehtabchi an Academy Award in February, making her the first Iranian-American woman to win an Oscar.

“A period should end a sentence, not a girl’s education” is the mantra of the project and the way Zehtabchi ended her Oscar acceptance speech.