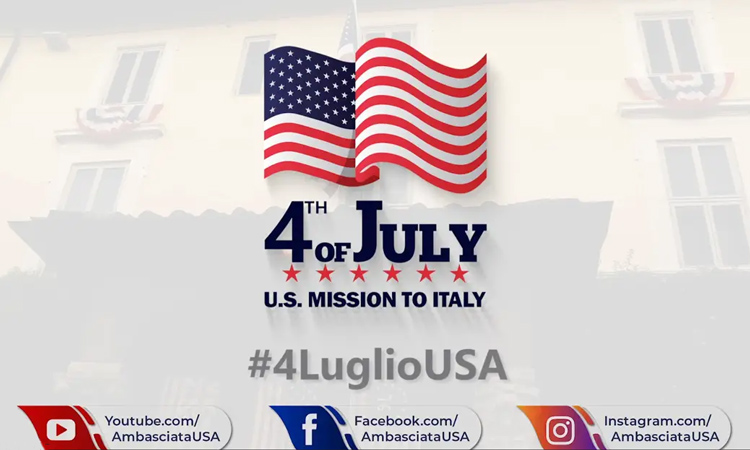 It is our custom/tradition to celebrate United States’ Independence Day here in Villa Taverna. Unfortunately, this year it was not possible. However, we are honored to be able to host Minister Di Maio and Secretary of State Blinken to commemorate July 4th in the spirit of friendship between our countries.

Secretary Blinken
Thank you. The Fourth of July is, of course, our most special day. It’s when we celebrate our independence, but we also celebrate the countries that have been with us from the very start as our closest partners and allies. And of course, Italy is just such a friend. We have bonds of friendship that go back and that connect us in so many different ways, culture, people to people and of course, a shared set of values. And especially now the United States and Italy are reaffirming our commitment to democracy, to freedom, and to join together in hoping and working toward the prospect that more people around the world can enjoy the benefits of democracy and of freedom. And in that effort and that in that work, Italy and the United States of the closest of partners.

Ministro Di Maio
Thank you Mr. Ambassador, Mr. Secretary of State. Dear Tony, it is an honor for me to be able to celebrate the anniversary of the adoption of the United States’ Declaration of Independence together. We have built an alliance between Italy and the United States based on the sharing of values, and on productive exchanges between our two peoples. In the name of the Italian people and in the name of the Italian government, I would like to convey my best wishes for prosperity for the American people and for you, Mr. Secretary of State. God Bless America.