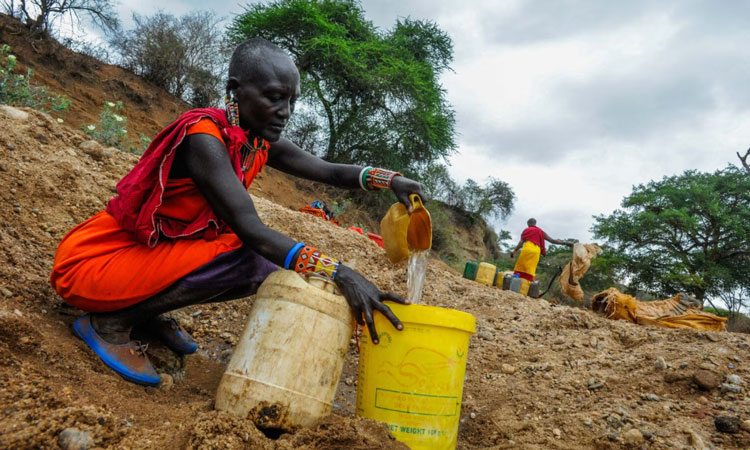 As the climate crisis worsens, it will affect women and girls more than men and boys, studies show.

Eighty percent of those displaced by the climate crisis are women, according to the United Nations. During times of conflict and crisis — such as after a natural disaster or during mass migration caused by water shortages and crop failures — women and girls are at a greater risk of experiencing gender-based violence, including along migration routes and in refugee camps.

In the 2014 Solomon Islands flash floods, for example, roughly 90% of casualties were women and children. According to UNICEF, this high percentage (PDF, 10MB) is because cultural norms in the country dictate that women stay in the home as caretakers for the young and the elderly. When the flash floods occurred, women were unable to escape, unlike the men, who were working outdoors and could seek higher ground.

In Syria — a country plagued by drought — women-led households are at much higher risk of not having 24-hour access to water than male-led households, according to the U.S. National Institutes of Health. And when Syrian women migrate because of conflict or lack of water access, they can end up in situations where they are susceptible to gender-based violence. In Jordan, 29% of Syrian women refugees have experienced some form of physical assault.

At the same time, women and girls are leaders and agents of change in climate action. Countries with more women in government leadership have been shown to protect the environment and land at higher rates.

“We know that tackling the climate crisis and achieving gender equality are inextricably linked,” said U.S. Assistant Secretary of State for Oceans and International Environmental and Scientific Affairs Monica Medina at a COP27 talk on November 15, 2022. “And right now, we have an incredible window of opportunity.”

One of the ways to create a more equitable climate future is to include women, girls and marginalized communities in climate mitigation and adaptation strategies.

Women make up only 22% of the international oil and gas industry and just 32% of the renewable energy sector, according to the International Renewable Energy Agency. But women are overrepresented in a myriad of other sectors that have been affected by climate change, such as agriculture and tourism.

The U.S. Department of State, the U.S. Agency for International Development (USAID) and other U.S. agencies are funding programs to empower women in renewable energy and other fields to encourage them to join efforts to combat the climate crisis.

The United States announced at COP27 in Sharm El-Sheikh, Egypt, that USAID is putting more than $21.8 million toward gender-responsive climate action from the Gender Equity and Equality Action Fund. This pledge surpasses the agency’s $14 million COP26 commitment.

USAID will continue to help women lead climate action with:

The State Department’s Office of Global Women’s Issues will also launch a project to increase women’s participation in the clean energy global workforce, as well as a global network of girls working to lead climate solutions and advocate for climate policies both locally and internationally.

Elsewhere across the State Department, bureaus are advancing a Women in Energy Strategy, empowering women-led organizations in climate-related political discussions and integrating women into national climate change processes. These actions will empower women and girls to tackle the climate crisis and transition the world to a net-zero emissions future.

“Why are we having this conversation and making these commitments?” asked Medina. “Because, again, evidence shows that prioritizing the empowerment of women and girls, in all their diversity, in the fight against the climate crisis will make our efforts more successful for all, so we will continue to tap into this immense potential.”