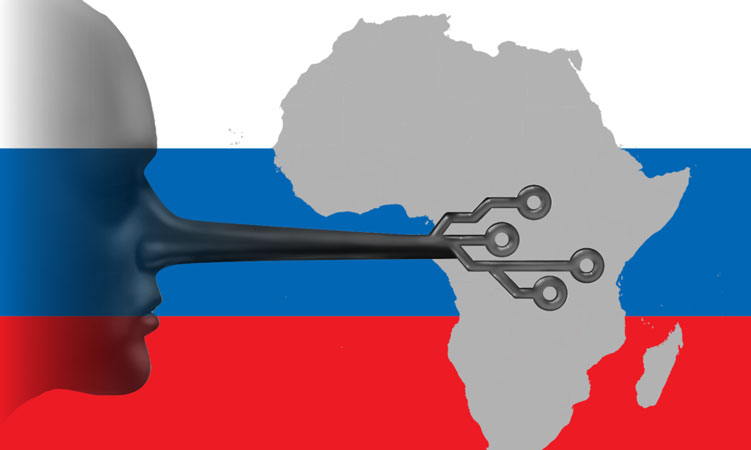 When the Kremlin wants to gain influence in Africa or support a repressive leader without scrutiny, it often works with key oligarchs aligned with Russian President Vladimir Putin. A Kremlin favorite is Yevgeniy Prigozhin, known as “Putin’s chef” because of his numerous catering contracts with the Kremlin.

Prigozhin is best known for financing the Internet Research Agency (IRA), a troll farm known for spreading disinformation worldwide. A State Department report has described Prigozhin as “manager and financier” for the Wagner Group, which it described as the Kremlin’s proxy to “to carry out covert, armed operations abroad.”

The U.S. government has sanctioned some of Prigozhin’s companies for what it calls “malign political and economic influence around the globe.”

Examples of this malign influence include sponsoring phony election monitoring missions in Zimbabwe, Madagascar, the Democratic Republic of the Congo (DRC), South Africa and Mozambique, according to the U.S. Treasury Department.

In addition to the United States, the European Union and the United Kingdom also have sanctioned Prigozhin for spreading disinformation and other activities that threaten countries’ security.

Turning to the Wagner Group

In some parts of Africa, the Russian government has turned to the Wagner Group, which Prigozhin helps finance, to help achieve Putin’s foreign policy goals. Wagner is often associated with a barrage of targeted disinformation.

Despite its name, the Wagner Group is not a single unified organization. Kevin Limonier, a Wagner Group specialist who teaches geopolitics at the University of Paris 8, called the group “a galaxy of organizations with different names that are hard to trace.”

A 2019 Carnegie Endowment for International Peace report says, “Wagner is a vehicle the Kremlin uses to recruit, train, and deploy mercenaries, either to fight wars or to provide security and training to friendly regimes.”

Wagner Group forces have been deployed in Ukraine, Syria, Libya, the Central African Republic, Mozambique and, most recently, Mali.

Russian Foreign Minister Sergei Lavrov acknowledged in May that Wagner was in Mali, but only on a “commercial basis.” In March, local officials in the town of Moura told Human Rights Watch that a group of Russian-speaking and Malian forces executed at least 300 civilians. The Center for Strategic and International Studies identified Wagner forces as involved and called the attack “the worst atrocity in the decade-long conflict in Mali.”

For other examples and more details on Kremlin-funded disinformation, see: