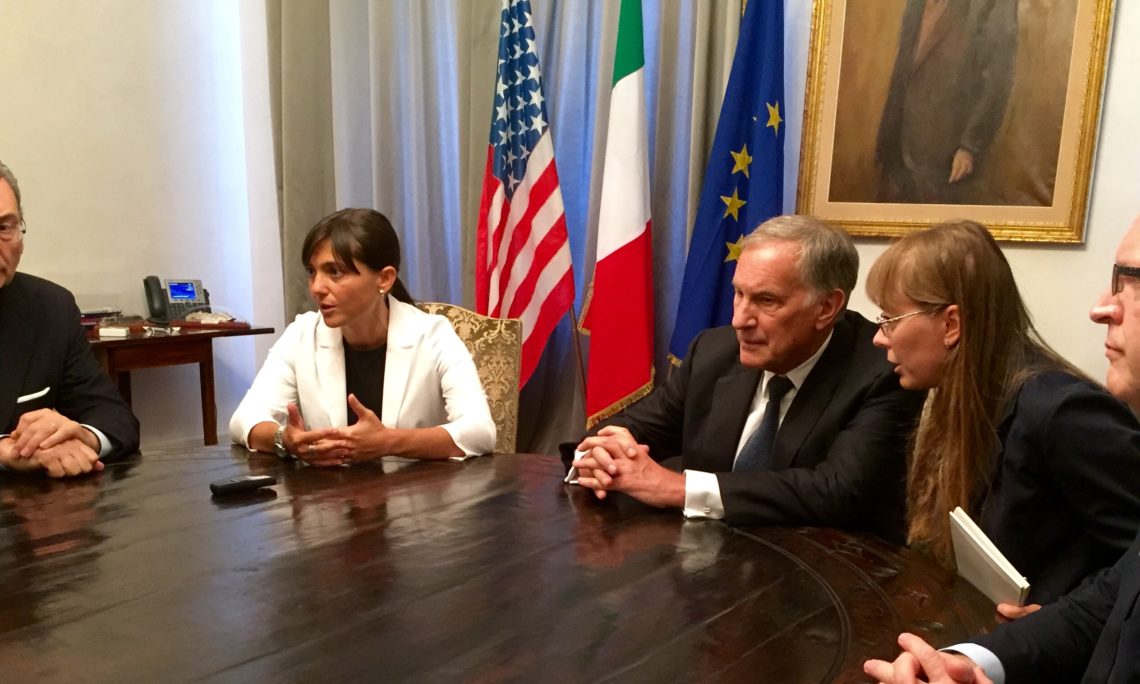 On July 28-29, Ambassador John Phillips and Consul General Philip Reeker travelled to Trieste for a visit steeped in both innovation and a rich coffee aroma.

On July 28, the Ambassador made remarks at the opening session of the inaugural Friuli Venezia Giulia Innovation Forum (where Consul General Reeker later facilitated a panel). The Forum brought together leaders from the city and the region, and included U.S. speakers from institutions including M.I.T. and Stanford universities.

The Ambassador took advantage of his first trip to Trieste for a number of courtesy calls, including newly-elected Mayor Roberto Dipiazza, Prefect Annapaola Porzio, and Regional President Debora Serracchiani. During a long and substantive session, President Debora Serracchiani voiced her goal of making the Innovation Forum an annual event. The two, along with the Regional Vice President and Consul General Philip Reeker, then met with local media for brief statements.

The visits featured several interactions with Illy Coffee’s Andrea Illy, first over lunch to discuss Illy’s business goals in the United States, and later with a tour of the Illy Coffee factory and a visit to Illy Università del Caffé.

The Ambassador made his inaugural visit to the American Corner in Trieste, and handed out certificates to refugee students finishing an English language course.

Later, the giant insurance company Generali hosted the visiting U.S. Mission group for dinner on their rooftop, high above Trieste’s beautiful Piazza Unità d’Italia. The Ambassador rounded out the innovation-focused theme with a briefing at Area Science Park, a cutting edge campus for tech start-ups (and one of the key organizers of the Innovation Forum).