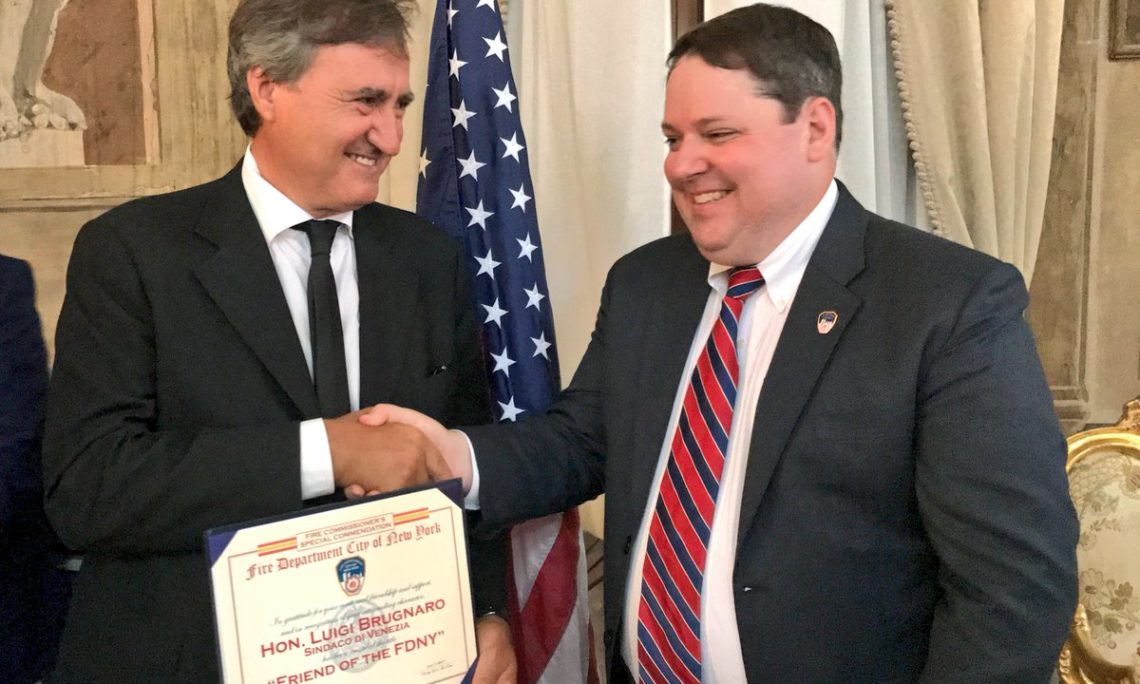 After delivering his remarks, Mr. Hamilton accepted an award from the FDNY on behalf of Consul General Reeker.

He also helped present awards to a number of Venetians who have supported, as well as hosted, FDNY families in Venice free of charge since the tragic events of September 11, 2001.