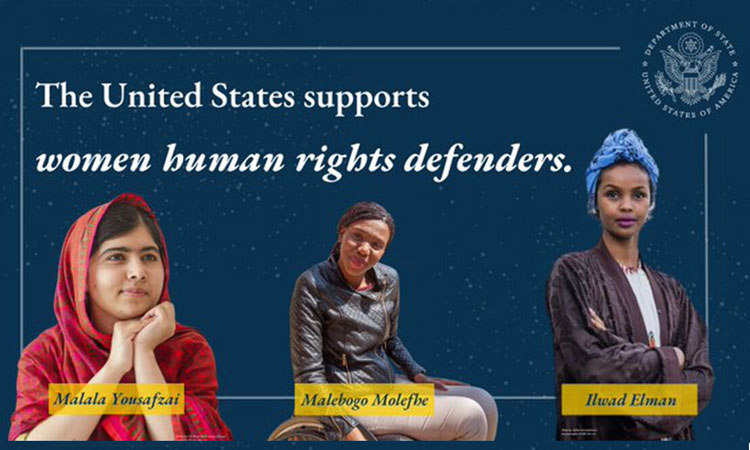 On November 29, International Women Human Rights Defenders (WHRD) Day, the United States commemorates the work of women human rights defenders: all women and girls who work for human rights, all people who defend the rights of women and girls, and all people who defend the rights to be free from discrimination and violence on the basis of gender and sexuality.  The work of these brave individuals is integral to a vibrant civil society, a prosperous economy, and a secure world.

As stated in the U.S. National Strategy on Gender Equity and Equality released on October 22, this Administration is prioritizing respect for human rights and the full participation of women and girls in all their diversity.  We will work with partners and allies to advance diversity, equity, inclusion, and accessibility, and increase the representation of women in democratic and justice systems around the world, including by addressing systemic barriers against women in politics and public life.

The United States salutes women human rights defenders and the critical role they play in securing universal and equal access to the full human rights and fundamental freedoms of all persons.