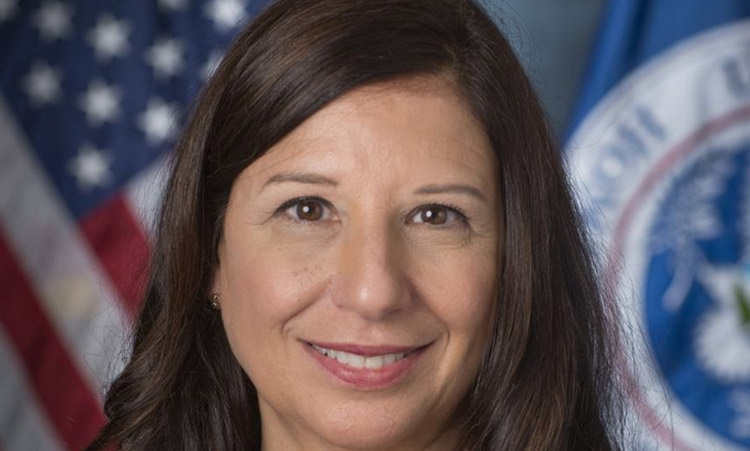 Acting Secretary of the Department of Homeland Security (DHS)

Elaine Duke became the Acting Secretary of the Department of Homeland Security (DHS) on July 31, 2017. She was previously sworn in as the seventh Deputy Secretary of DHS on April 10, 2017.

Prior to her appointment, Acting Secretary Duke was the principal of Elaine Duke & Associates, LLC, where she provided acquisition and business consulting services to large and small businesses.

An accomplished leader and a civil servant for most of her career, Acting Secretary Duke has served in the federal government for nearly three decades, most recently as the Department’s Senate-confirmed Under Secretary for Management, a position she held from 2008-2010.

As Under Secretary, she was responsible for the Department’s management functions and corresponding $47 billion budget. Prior to her appointment, she served both as the Department’s Deputy Under Secretary for Management and Chief Procurement Officer. She also served as Deputy Assistant Administrator for Acquisition at the Transportation Security Administration (TSA), delivering an acquisition program that met the post 9/11 legislative mandate to federalize passenger and baggage screening at U.S. airports. Prior to her service at DHS, Acting Secretary Duke held various positions with the U.S. Department of Defense.

Over the course of her federal government service, Acting Secretary Duke has received the Presidential Meritorious Rank Award, the DHS Secretary’s Medal, the TSA Silver Medal for Customer Service, the Department of the Army Commander’s Award for Public Service, and the U.S. Coast Guard’s Distinguished Public Service Medal.

Acting Secretary Duke has served as a member of the Homeland Security Advisory Council and as a strategic advisor to the Government Technology and Services Coalition, assisting small and mid-tier businesses in the federal sector. She has taught acquisition at American University.