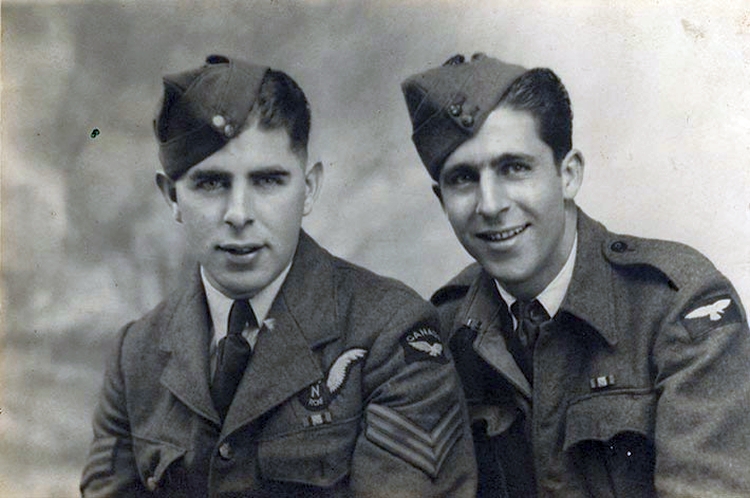 During the Campaign of Italy between 1943 and 1945, in the Allied forces which fought against the Totalitarian regimes of Nazi Germany and Fascist Italy was present a sizeable number of servicemen of Italian descent. The majority was composed of Italian Americans, but people of Italian background were also present between Brazilian and Commonwealth forces. Many of the American servicemen were G.I.s, thus soldiers drafted in the U.S. Army. These were mostly born and raised in the United States to families of Italian heritage. Generally, they had a scant knowledge of Italy, the ancestral land that only a few could have effectively visited in their lives. The majority only knew Italy through memories of family members.

The Italian ethnic component in the Allied armies in World War II, a topic so far largely overlooked by historiography, brings up questions around these soldiers’ loyalty and affection towards the native and host land. The talk presented at the University of Macerata concentrated on the case of Italian Americans G.I.s and investigated their sentiments relating to the participation in the Campaign of Italy. Through the scrutiny of ethnic press, archival sources, memoirs, and oral testimonies – and based on a sample of Italian American servicemen who fought in Italy –, the talk aimed to shed light on soldiers’ experiences and their variegated socio-psychological reactions to this journey in the land of their ancestors and the encountering with the Italian population. Attention was also given to how Hollywood’s war movies portrayed these “ethnic” soldiers during the war and in the post-war decades.

This talk was part of a larger project (currently in progress) together with Dr Francesco Fusi (University of Pisa) and financed in the past by the Regional Administration of Tuscany and coordinated by the Istituto Storico della Resistenza in Toscana (Institute for the Study of Resistance in Tuscany).