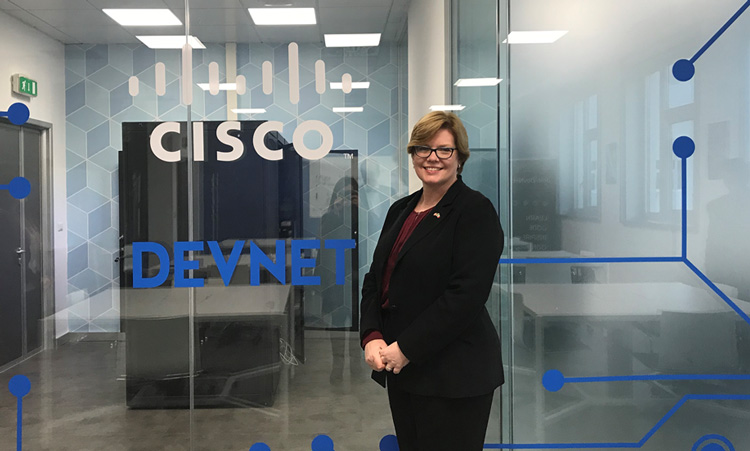 She spoke with the students of Deloitte’s DIGITA Academy on the importance of entrepreneurship to the U.S. and Italian economies and how it supports our shared values. Then she met with former graduates of the Apple iOS developer Academy who are staying on to develop their apps and businesses within Apple’s “Pier” program, and two of these entrepreneurial teams presented their business projects.

A third team was a finalist in last month’s edition of SpaceApps, organized in Naples by U.S. Consulate General Naples. The Consul General also met with the two American citizen students and their working groups who illustrated the apps they are developing. She then visited the Cisco Academy, the first of its kind for university graduates, where she had a videoconference meeting with professors and Cisco students.