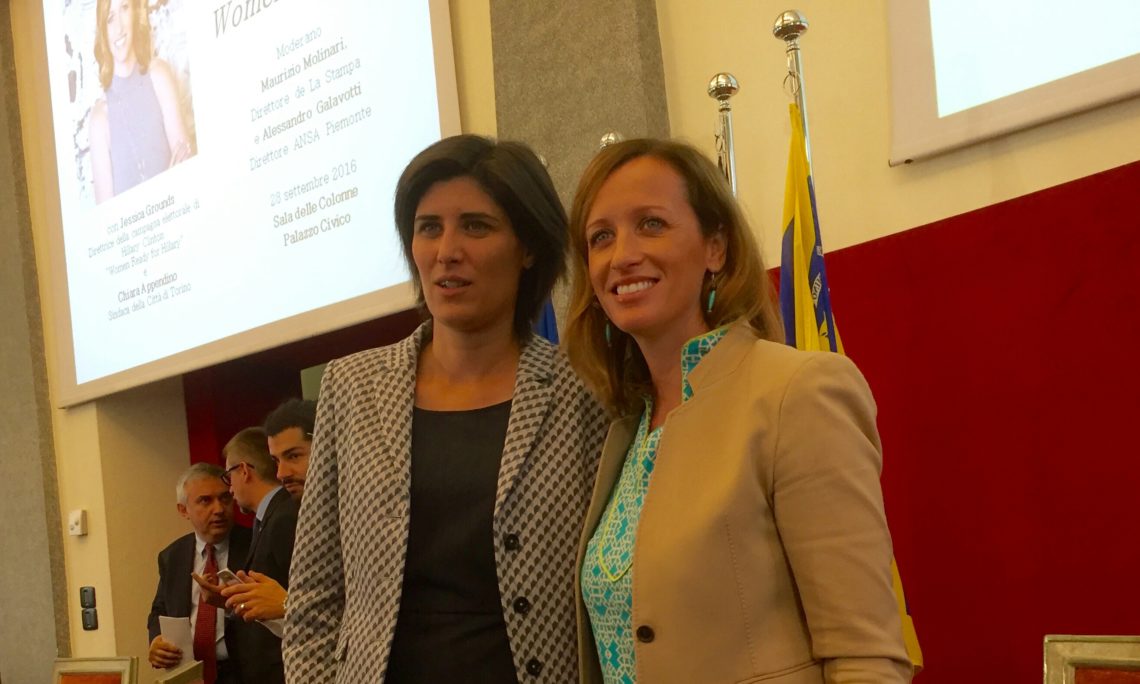 On Monday September 26, U.S. Speaker Jessica Grounds, founder of several NGOs dedicated to bring women into politics, participated in programs at the American Corner and at the Central European Initiative. At the Corner she discussed the American Presidential Elections and women’s leadership with 60+ high school students.  She focused on the importance of the role that women play in politics and reflecting on the cultural, social and structural barriers that women encounter in politics.  She also participated as a panelist at the CEI (Central European Initiative) program “Women and Politics: the Role of Women in the Third Millennium,” which included Debora Serracchiani, the President of the Friuli Venezia Giulia Region, and Loredana Panariti , the Regional Councilor for Labor.  While discussing the barriers that exist today hampering the access of women to powerful positions, the panelists highlighted strategies and tools needed for any immediate change.

On Tuesday September 27, Grounds was a guest speaker at Palazzo Marino on “Women, Politics and Institutions,” an event that attracted more than 100 guests. Among the speakers were the President of the Milan Municipal Commission on Equal Opportunities Diana De Marchi, the Milan Mayor’s Delegate on Gender Issues, Daria Colombo, and Il Sole 24 Ore journalist Monica D’Ascenzo.  Grounds described the obstacles that women face still today on their path towards a shared leadership with men. She also exhorted the public to find a way to create an alliance between women and male colleagues who hold positions of power, and stressed the importance to define school programs and specific training on emancipation to be given to young female students ever since their first schooling years.

On Wednesday September 28, to an audience of 100+ people at an event hosted by the newly elected female Mayor of Turin, Chiara Appendino at Palazzo Civico (city hall),Grounds started the discussion by saying: “We need more women in leadership positions, so that they can make more comprehensive decisions.” Mayor Appendino, highlighted how women still enter the labor market at a lower pay. The Mayor went on to highlight the importance of ‘pink quotas’ (quotas reserved to women) and how they are necessary to balance the current situation favoring men. Grounds underlined how women today are the largest untapped resource.  Commenting the ongoing presidential campaign in the United States, Grounds highlighted how the largest voting group is represented by unmarried women.