Home Homepage | News & Events | Joint Statement from the EU, U.S., and UK on the establishment of the Atrocity Crimes Advisory Group (ACA) for Ukraine 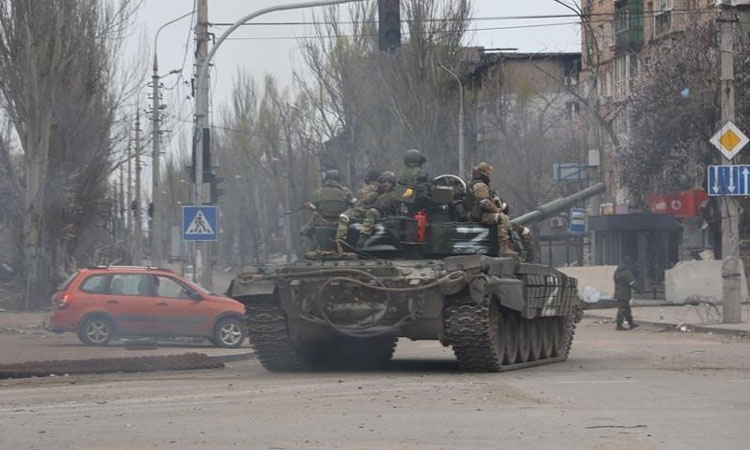 Media Note
Office of the Spokesperson
May 25, 2022

The overarching mission of the ACA is to support the War Crimes Units of the Office of the Prosecutor General of Ukraine (OPG) in its investigation and prosecution of conflict-related crimes. The ACA seeks to streamline coordination and communication efforts to ensure best practices, avoid duplication of efforts, and encourage the expeditious deployment of financial resources and skilled personnel to respond to the needs of the OPG as the legally constituted authority in Ukraine responsible for dealing with the prosecution of war crimes on its own territory.

EU High Representative/Vice-President Josep Borrell said: “It is critical to ensure that all those responsible for the terrible atrocities committed during the unprovoked Russian military aggression in Ukraine are brought to justice. There can be no impunity for war crimes. The Atrocity Crimes Advisory Group will be providing advice and supporting the ongoing efforts of Ukraine’s Prosecutor General’s War Crimes Units to collect, preserve, and analyze evidence of atrocities to help the investigations and ensure justice takes its course.”

US Secretary of State Antony J. Blinken said: “This initiative will directly support efforts by the Ukrainian Office of the Prosecutor General to document, preserve, and analyze evidence of war crimes and other atrocities committed by members of Russia’s forces in Ukraine, with a view toward criminal prosecutions.  The ACA is an essential element of the United States’ commitment that those responsible for such crimes will be held to account.”

UK Foreign Secretary Liz Truss said: “We are determined to ensure those responsible for the vile atrocities committed in Ukraine are held to account. The UK has already made a clear commitment to supporting Ukraine in its investigations, including through deploying war crimes experts to the region and releasing additional funding to aid the ICC in their investigations. We are now stepping up our efforts through this landmark initiative with our partners in the US and EU. Justice will be done.”

General Prosecutor of Ukraine, Iryna Venediktova said: “There is ample evidence of the atrocities committed by Russia’s forces on the territory of Ukraine against civilians, including children. The creation of this support group and the advice of international experts with experience in other international criminal tribunals and national criminal law practice will help the ongoing work of our teams in investigating and prosecuting these crimes.”

The ACA will bring together multinational experts to provide strategic advice and operational assistance to OPG specialists and other stakeholders in areas such as collection and preservation of evidence, operational analysis, investigation of conflict-related sexual violence, crime scene and forensic investigations, drafting of indictments, and co-operation with international and national accountability mechanisms. This engagement with the OPG and other justice, law enforcement and security agencies of Ukraine has been and will continue to be driven by the needs of the Ukrainian government and the parameters of its support will be developed in close consultation with the OPG.    To this end, it will closely associate its activities with the ongoing operational work taking place in cooperation with EU Member States, partner third countries and the International Criminal Court, including the Joint Investigation Team coordinated by Eurojust.

The ACA brings together a multi-national group of war crimes experts from European Union countries, the United States, the United Kingdom and other countries. Due to the current security situation in Ukraine, the experts are primarily based in south-eastern Poland but are operationally engaged in Ukraine, including by means of short-term missions and on-site interaction with the OPG staff and other international partners engaged. As the security situation permits, it is anticipated that experts and support staff will relocate entirely to Ukraine.

The ACA activity will cover coordination of two key elements:

The ACA is supported by the U.S. State Department’s Office of Global Criminal Justice (GCJ) and Bureau of International Narcotics and Law Enforcement Affairs (INL). ACA partners include the Arizona State University Sandra Day O’Connor College of Law, Global Rights Compliance, and the International Development Law Organization (IDLO). On the EU side, coordination will be ensured by the European External Action Service (EEAS), through the EU Delegation to Ukraine, in coordination with the European Commission, the EU Project Pravo-Justice II and the EU Advisory Mission Ukraine (EUAM). The UK contribution will be coordinated by the Foreign, Commonwealth and Development Office (FCDO) and other relevant UK Government Departments.

The ACA is an operational hub that coordinates assistance in response to the technical and legal needs of the Government of Ukraine to hold perpetrators of international crimes to account. It constitutes one essential component of a broader multilateral effort to support Ukraine.