Home Homepage | News & Events | Joint Statement on the Meeting of the U.S. Ambassador to Italy with the Mayor of Rome 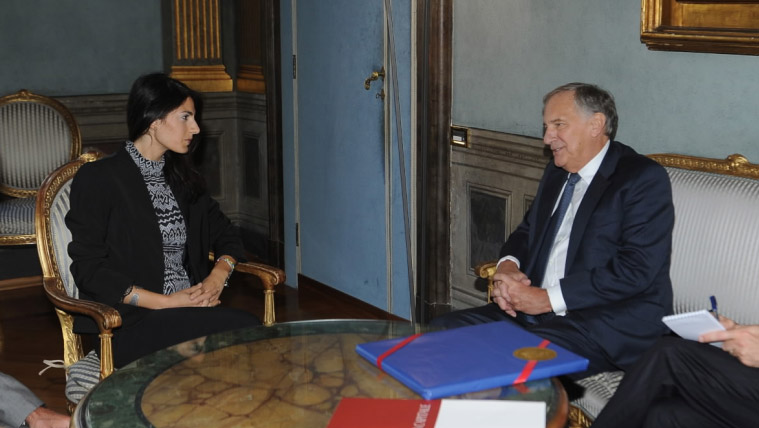 The Ambassador of the United States, John R. Phillips, held his first official meeting with the Mayor of Rome, Virginia Raggi, this morning.  The Ambassador conveyed his best wishes to the Mayor and the two discussed the ties that unite their two countries and peoples.

“It was a pleasure to welcome Ambassador Phillips to City Hall”, Mayor Raggi stated.  “There have always been close ties of friendship that link Rome and the United States thanks to the strong relationship between our two communities.  Rome has always been fond of the U.S., Americans and their culture – a sentiment that is shared by the U.S. for the Eternal City.  I hope this dialogue can promote further cooperation on some of the important themes of my administration: tourism, transportation, culture and environmental sustainability”.

“The American people have a deep and historic affection for the city of Rome”, said the Ambassador.  “The U.S. Embassy wishes the Mayor success in her position and reaffirms the strong sense of partnership and cooperation between the United States Mission and the City of Rome”.