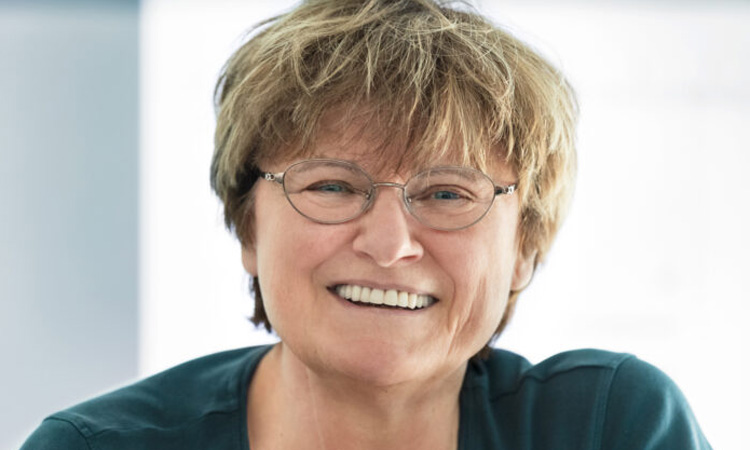 Her path was not easy. She left her native Hungary in 1985 and settled in Philadelphia with her husband and 2-year-old daughter. But while she landed teaching positions, her grant applications to study mRNA were repeatedly turned down.

She was demoted and faced skepticism from fellow scientists, but Karikó kept her focus on mRNA, exploring how the single-stranded molecules of genetic code could treat a wide range of conditions — from strokes to cancer — and also protect against influenza, among other ailments.

Karikó’s luck turned in 1998, when she met immunologist Drew Weissman, a professor of medicine at the University of Pennsylvania, and the two formed a research partnership.

Then as the world faced the coronavirus pandemic in 2020, mRNA proved to be the key to creating the first two COVID-19 vaccines authorized in the United States.

Today, Karikó and Weissman are widely recognized for their groundbreaking work in developing mRNA therapeutics and vaccines. They’ve received awards for pioneering much of the science underlying the vaccines being given to tens of millions of people worldwide this year.

Karikó, though still working in Pennsylvania, is a senior vice president at the German firm BioNTech, which teamed up with U.S. pharmaceutical company Pfizer to produce its vaccine.

In December, more than 20 years after they began their collaboration, she and Weissman were each vaccinated with a first dose of the Pfizer/BioNTech vaccine at the University of Pennsylvania.

Karikó recently told the New York Post, “I like what I have and where I live and what I do. Nothing will change.”

She rises at 5 a.m. every day and works in a lab in her basement, where her husband also has his own workspace. Like most parents, they cite their daughter — Susan Francia, a two-time Olympic gold medalist in rowing — as their greatest source of pride.

Karikó remains excited about new medicines that mRNA technologies might facilitate. “I continue to believe in all its possibilities,” she said.

According to the University of Pennsylvania, other mRNA vaccines in clinical trials include ones to protect against HIV, herpes, the Zika virus, rabies and influenza.