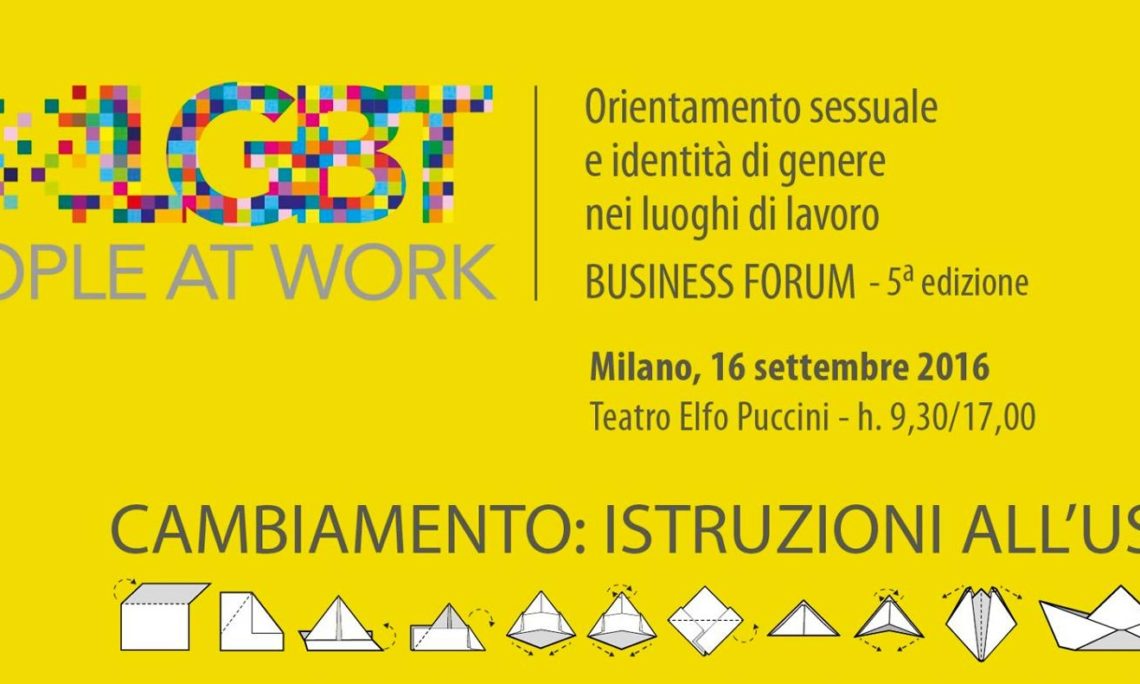 The flyer of the business forum “LGBT People At Work”

As part of post’s Diversity and Human Rights programming, Economic Officer Adam Leff and the Public Affairs Section of Milan, in cooperation with Parks – Liberi e Uguali, collaborated on this workshop “LGBT People at Work. The Change: User Guide” which was held in Milan on Sept 15-16. At this annual conference, businesses, institutions, public administration and universities discussed the current achievements in the area of LGBT inclusion in the workplace, and defined the challenges for the future.

This year’s fifth edition of the Forum titled “The Change: User Guide,” focused on three areas:
1. Embracing the change: cultural changes in the workplace
2. Cultivating the change: implement the Civil Unions law
3. Inspiring the change: role models and their importance

This was an important year for the LGBT community in Italy with the approval and enactment of the Law on Civil Unions which marked a milestone also in the way the businesses approach the strategic objective of the LGBT diversity management and inclusion.  This gathering of Italian multinational companies operating in Italy provided an ideal space to share and discuss best practices.  They discussed how to understand and build on their LGBT talent, to become more competitive in the current challenging environment.  In addition to the presence of the Economic Officer Adam Leff, speakers also included representatives from the Italian Government, from the Embassies of the Netherlands and U.K., as well as executives from major Italian institutions.