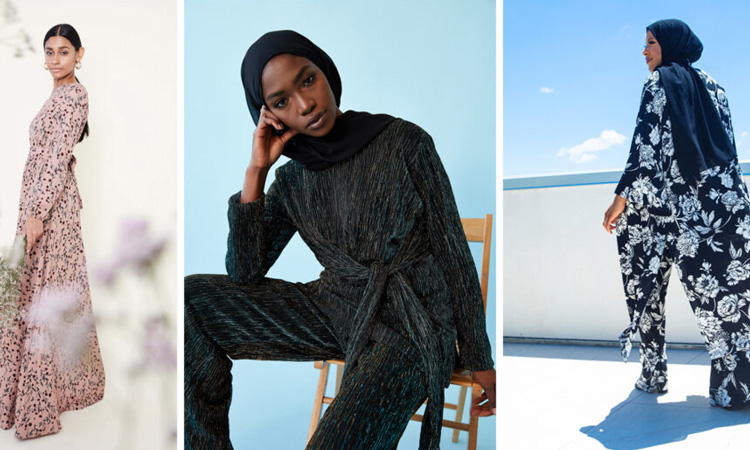 Women entrepreneurs in the United States are creating and running companies that produce modest fashion and dispel stereotypes about business and glamour in the process.

Sales of modest clothing represent one of the fastest-growing segments of the global fashion industry and total an estimated $283 billion, according to MLC Media, a Chicago-based marketing strategy firm.

Modest fashion is generally understood as comfortable, fairly loose-fitting clothing that is less revealing than many contemporary styles. Some Muslim, Christian and Jewish people — as well as people who prefer covered styles for aesthetic reasons — typically wear modest clothes. And some don head coverings.

While the need for such apparel is often driven by religious or cultural preferences, entrepreneurs note that women (and men) who dress modestly are as discerning about fashion as anyone else. They also come from diverse backgrounds, with varying interpretations of modesty and an interest in designs that range from luxury evening wear and daywear to casual separates and sportswear.

“I always tell my students that, ‘In the phrase fashion industry, the key word is actually industry.’”

With rapidly expanding options for modest-fashion consumers in the U.S. and elsewhere, she said, “the industry has come to recognize that having a narrow target market limits profit, so it is in their best interest to be inclusive.”

In 2011, Ibtihaj Muhammad — a fencer who would go on to win an Olympic bronze medal as part of the U.S. fencing team — joined her siblings to launch a modest clothing line called Louella by Ibtihaj, aiming to address a void in the U.S. market. Inspired by fashion houses like Valentino, Muhammad said they wanted to create clothes that are “easy to wear, modern, luxe, functional and stylish.” The line uses quality fabrics to create clothes that feel cool and don’t restrict movement, she said.

Now, 10 years later, her label has a worldwide following. “Modesty is not just a trend — it’s a way of life,” Muhammad said.

“My swimwear and clothing is trendy, modest, classic and feminine,” she said. Modest clothing and swimwear were once viewed as frumpy, “only for certain ages or certain shapes,” but that’s an outdated concept. Her customers find that the modest swimwear is flattering to all ages and shapes.

Fashion designers benefit from that spending power. According to Garcia, social media has given rise to “modest-fashion influencers,” people who love style within the boundaries of their faith and who have “significant impact” on followers’ purchases. There’s an ongoing shift toward modest fashion with a more eclectic vision, she said. “For consumers, this shift is both exciting and bold.”

Modest clothing for men, though less talked about than womenswear, recently has become popular in the United States. A men’s fashion trend in oversized street styles meets the requirements of men who want clothes that are not tight, but rather skim the torso or legs. Dallas-based designer Subhi Taha’s unisex Dār Collective label and the Philadelphia-based Aneeq Apparel label typify options for U.S. men who seek stylish but modest looks.

In womenswear, major fashion retailers — including Oscar de la Renta and Net-a-Porter — have responded, offering capsule collections of modest fashions as part of their seasonal offerings.

Muhammad, whose Louella label is among the minority-owned businesses that led the modest fashion movement, said: “We’re hoping that we are moving toward a world free of telling women what to wear. … Fashion is what you make it.”