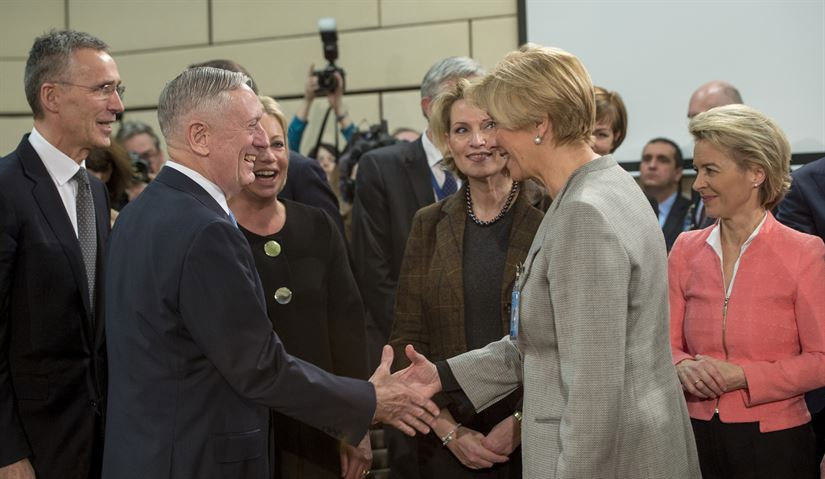 In his first meeting with his Italian counterpart in today, Defense Secretary Jim Mattis thanked Defense Minister Roberta Pinotti for her country’s hospitality for U.S. forces and its contributions to various security missions.

The two defense leaders met in Brussels on the sidelines of a NATO defense ministers conference to discuss “the close and enduring U.S.-Italian defense relationship,” Navy Cmdr. Sarah Higgins, a spokesperson for the secretary, said in a statement summarizing the discussion.

“In their introductory meeting, Secretary Mattis thanked Minister Pinotti for hosting U.S. forces on Italian soil and for Italy’s critical contributions to global security in Iraq, Afghanistan, North Africa and beyond,” Higgins said.

Specifically, she added, Mattis highlighted Italy’s contributions to the counter-Islamic State of Iraq and Syria fight and the efforts of Italy’s carabinieri to train Iraqi police.

Mattis also noted his desire to consult closely with Italy on security issues of mutual concern — in particular, threats emanating from the Middle East and North Africa, Higgins said, adding that both defense leaders pledged to work closely in the coming months.

The secretary is in Brussels to attend the defense ministers conference and to meet with partners in the counter-ISIS coalition, and he also will attend the Munich Security Conference in Germany during this overseas trip.