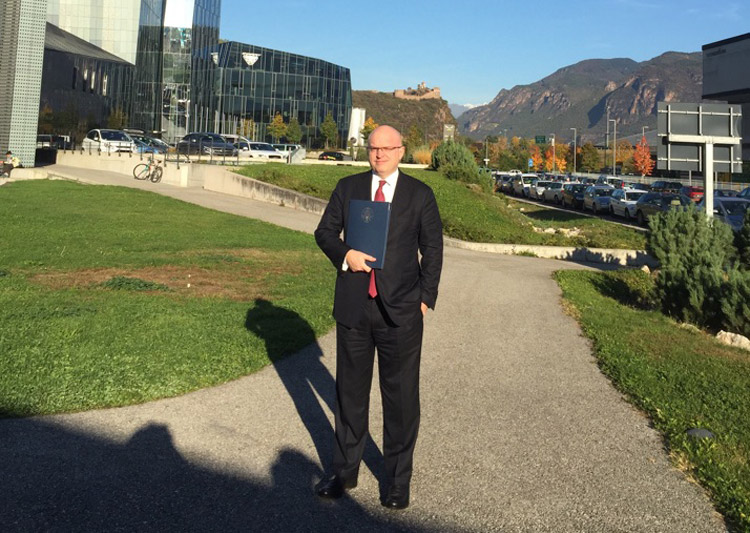 October 27-28, Milan Consul General Amb. Philip Reeker traveled to the Autonomous Region of Trentino-Alto Adige, accompanied by the Chief Political  Economic Officer Christopher Jester.  In Trento, Amb. Reeker toured the Center for Computational and Systems Biology (COSBI), founded in 2005 by Microsoft Research and the University of Trento. The delegation of the Consulate General later met with the Counselor for R&D of the Autonomous Province of Trento, the Dean of the University, the top management of The Bruno Kessler Foundation and the Edmund Mach Foundation.

The visit continued with a  meeting to the Director of International Relations of the Province, the Prefect, the Deputy President of the Provincial Authority, and the Mayor of Trento. Friday 28 was spent in Bolzano (Bozen) and other parts of Alto Adige (Sud Tirol).