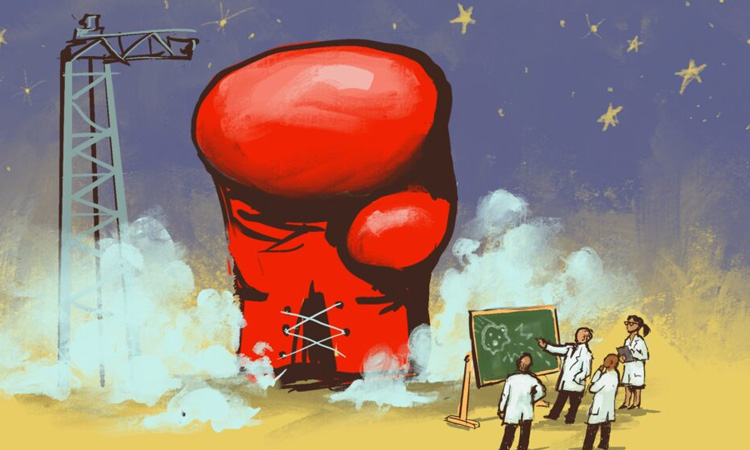 It sounds like the plot of a Hollywood blockbuster, but it’s real. NASA scientists will soon launch a mission to change the course of a distant asteroid in a test of technology that could one day save planet Earth from disaster.

The Double Asteroid Redirection Test (DART) spaceship could launch as early as July. It will travel 11 million kilometers and slam into the smaller part of the Didymos binary asteroid system, knocking the moonlet slightly off its current path. The asteroid punch is planned for September 2022.

Shortly before impact, a shoebox-sized satellite built by NASA partners in Italy will break away from the rocket to help scientists study the asteroid’s trajectory after the collision and determine if the mission is a success.

“Up until now, we haven’t had too many options for what we might do if we found something that was incoming,” Andy Rivkin, a member of the DART investigation team told VICE News. “DART is the first test of how we might be able to deflect something without having to resort to a nuclear package, or sitting in our basements, waiting it out, and crossing our fingers.”

Didymos does not threaten Earth, but the DART mission will prepare NASA for an asteroid that might. About once a year, a car-sized asteroid slams into Earth’s atmosphere but burns up before reaching the planet’s surface. Larger impacts, causing significant damage, might occur once every 2,000 years, NASA says, while an object that might actually threaten civilization comes along only once every few million years.

DART’s punch is expected to change the course of the Didymos moonlet, also called Didymos B, by only a fraction of 1 percent. Scientists have been working for years to figure out how they will measure that change and other effects on Didymos B. Imaging technology on board DART; the Italian Space Agency’s small satellite, Light Italian Cubesat for Imaging of Asteroids (LICIACube); and telescopic observations from Earth all will help NASA observe the mission.

“We need to anticipate a wide range of possibilities and predict their outcomes, so that after DART slams into Didymos B we’ll know what our measurements are telling us,” said Angela Stickle, DART’s Impact Simulation Working Group lead from the Johns Hopkins Applied Physics Laboratory.