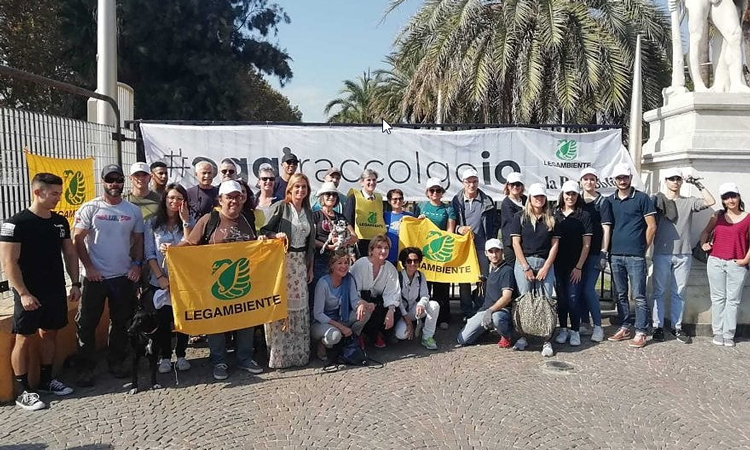 “We are happy to give back to the community and to help clean this park, which is a city treasure, and we at the Consulate almost consider our backyard.”  Consul General Mary Ellen Countryman, Consulate staff, and Marine security guards took part in an Italy-wide cleanup initiative called #OggiRaccolgoIo (meaning, “today it’s my turn to clean.”)  Launched by national daily newspaper La Repubblica and sponsored by Legambiente, the event took place at Naples’s Villa Comunale, stretching along the city’s waterfront just opposite the Consulate building.

The online and print editions of La Repubblica and La Repubblica Napoli widely reported on this anti-plastic campaign, highlighting that in Naples, Consul General Countryman and even the Marines were happy to join Repubblica and Legambiente representatives and other volunteers, including Naples vice Mayor Raffaele Del Giudice.