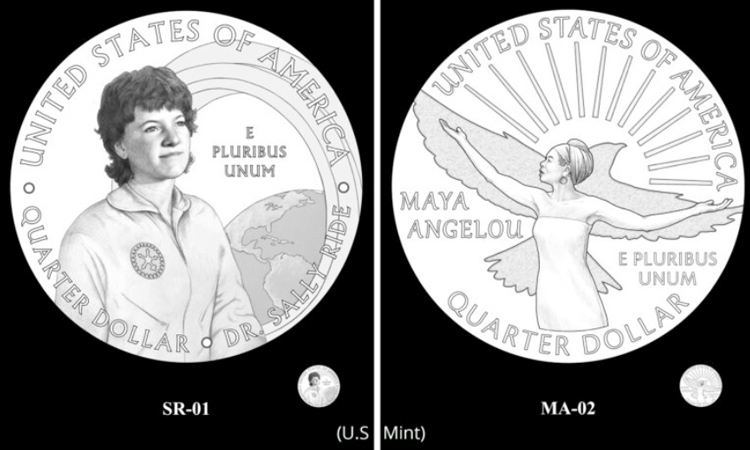 The United States will celebrate the accomplishments of great American women on new coins, starting with writer Maya Angelou and astronaut Sally Ride in 2022.

The U.S. Mint will feature as many as five new women on U.S. quarter dollars each year through 2025. The Mint recently announced that Angelou and Ride will be the first women featured as part of its American Women Quarters Program.

Ride (1951–2012) became the first American woman in space during a June 1983 NASA space shuttle mission. She returned to space in 1984. Ride later taught at the University of California in San Diego and encouraged women and girls to study science and math.

The U.S. Mint is currently accepting recommendations for additional women to feature. The American Women Quarters Program aims to highlight the accomplishments of women from diverse fields and ethnic and geographic backgrounds.

George Washington, the first president of the United States, will continue to appear on the front side of U.S. quarters.