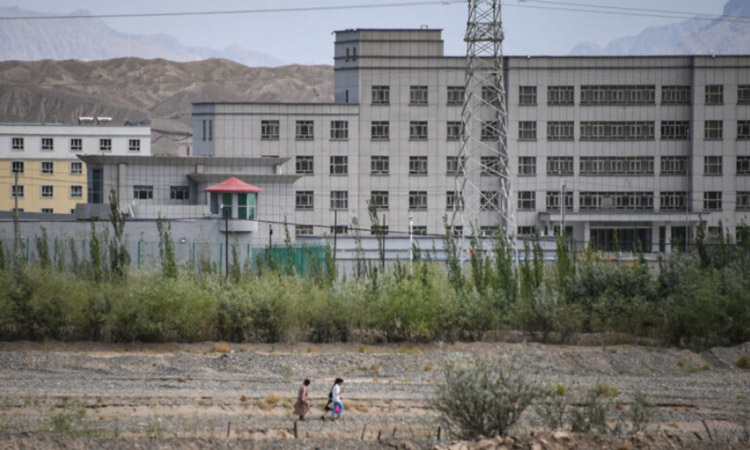 The United States has prohibited import of all products made in the Xinjiang Uyghur Autonomous Region unless importers show the products are not made with forced labor.

President Biden signed the Uyghur Forced Labor Prevention Act into law on December 23, 2021, expanding prohibitions on products made with forced labor in Xinjiang.

“We will continue doing everything we can to restore the dignity of those who yearn to be free from forced labor,” Secretary of State Antony Blinken said December 23. “We call on the Government of the People’s Republic of China to immediately end genocide and crimes against humanity.”

While the United States previously issued Withhold Release Orders against certain goods produced in Xinjiang, the new law requires importers to show products from Xinjiang were not made with forced labor.

The U.S. Department of State deems forced labor a “central tactic” in the PRC’s campaign to “erase ethnic and religious identities.” The PRC has reportedly imprisoned more than 1 million Uyghur and members of other ethnic minority groups in camps in Xinjiang since 2017, forcing many to work on site or in factories and fields across China.

“Authorities use threats of physical violence, forcible drug intake, physical and sexual abuse, and torture to force detainees to work,” the State Department said in a July 2021 fact sheet on forced labor in Xinjiang.

Standing up for human rights

The Uyghur Forced Labor Prevention Act builds on prior U.S. efforts to deter PRC forced labor in Xinjiang and promote human rights. The United States has:

“Action can and must be taken to hold the People’s Republic of China accountable for genocide and human rights abuses and to address forced labor in Xinjiang,” White House Press Secretary Jen Psaki said after Congress passed the bill Biden later signed into law.