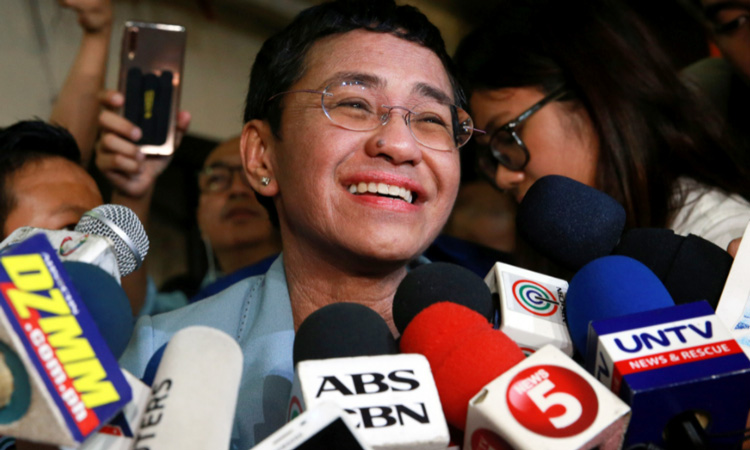 Two journalists won the 2021 Nobel Peace Prize for their reporting on increasingly authoritarian regimes, highlighting the vital role of free expression in protecting peace and democracy.

“Ms Ressa and Mr Muratov are receiving the Peace Prize for their courageous fight for freedom of expression in the Philippines and Russia,” the Nobel Committee said, noting many other journalists also defend democracy in an era of rising authoritarianism.

The United States supports free expression and independent media around the world. Rappler, for example, has received support from the National Endowment for Democracy, funded by the U.S. Congress.

The U.S. government has urged Russian officials to halt their crackdown on press freedoms, including through a so-called foreign agents law. The law allows Russia’s Justice Ministry to label groups or individuals “foreign agents,” stigmatizing their reporting and exposing them to fines and harassment that stymie their work.

The same day that Muratov received the peace prize, Russian authorities added a dozen journalists and media organizations to its registry of foreign agents, including five associated with Radio Free Europe/Radio Liberty.

President Biden commended Ressa, Muratov and other reporters who “tirelessly and fearlessly” pursue the facts. “I applaud the Nobel Committee for honoring Ressa and Muratov’s incredible work and bringing greater attention to the increasing pressure on journalists, the free press, and freedom of expression all around the world,” he said.

First awarded in 1901, Nobel prizes recognize outstanding achievements in physiology or medicine, physics, chemistry, literature and peace. The prize in economic sciences was established in 1968 by Sweden’s central bank, in memory of Alfred Nobel.

This year eight of the 13 Nobel Prize winners are U.S. citizens, including Ressa who is Filipino-American.

Here are this year’s winners in the six categories:

“For their discoveries of receptors for temperature and touch”

“For the development of asymmetric organocatalysis”

“For their efforts to safeguard freedom of expression, which is a precondition for democracy and lasting peace”

“For his empirical contributions to labour economics”

“For their methodological contributions to the analysis of causal relationships”