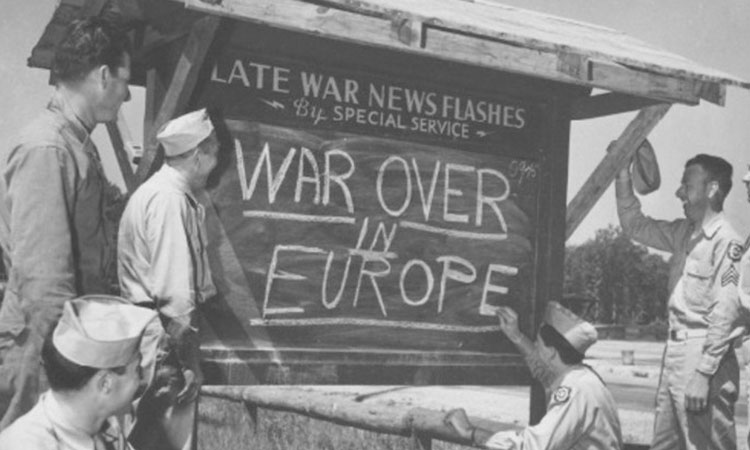 I join my fellow Americans and people across the world as we prepare to mark the 77th anniversary of Victory in Europe Day.  Together, we commemorate the shared resilience and resolve of all the soldiers and civilians that led to the Allied victory over the Nazis.  We mourn the merciless slaughter of tens of millions in that war of conquest waged by a despot intent on subjugating his neighbors.  And we renew our resolve to work together to oppose the aggression and inhumanity that darken our world still today.

The people of the United States joined with brave citizens of many other countries who fought courageously on all fronts in Europe to turn back the brutal Nazi onslaught.  Our shared victory, however, did not bring about shared liberty and prosperity for all.  While we rightfully commemorate the liberation of many countries from the Nazis and their collaborators, it is important we also recognize those who were forced to suffer under tyranny for many decades more until they finally claimed the freedom to choose their own path.

As war again rages in Europe, we must increase our resolve to resist those who now seek to manipulate historical memory in order to advance their own ambitions.  The Allied victory over the Nazis should be honored as an accomplishment of collective heroism and sacrifice.  President Putin tries to twist history to attempt to justify his unprovoked and brutal war against Ukraine.  Those who study the past know President Zelenskyy and the brave people of Ukraine embody the spirit of those who prevailed during the Second World War.  They are valiantly defending their country, their democracy, and Ukraine’s rightful future in a Europe whole, free, and at peace.

As we commemorate the end of World War II in Europe, we have a sacred duty to the fallen: to speak the truth about the past and to support all those in our own time who stand up for freedom.  The Transatlantic community we have built with our Allies and partners has been and remains essential to our progress toward a more secure, more just, and more prosperous future.