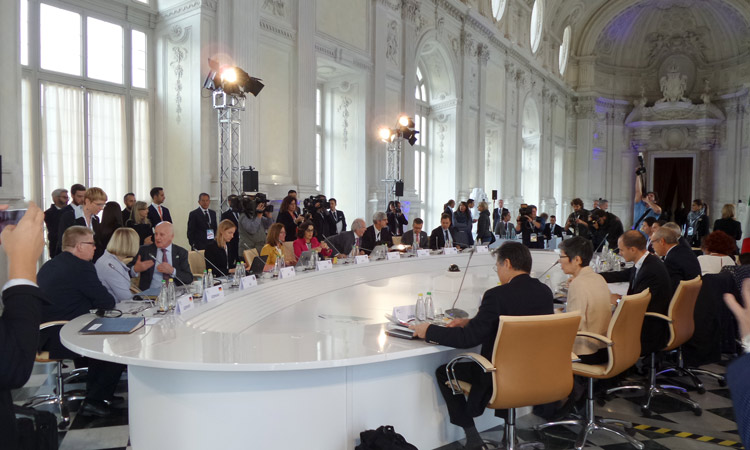 G7 Ministerial on Science in Turin

Good morning, and thank for the opportunity to address the 2017 G7 Science Ministerial.

I am France Córdova, Director of the National Science Foundation. I am honored to represent the United States of America today.

I would like to extend my deepest gratitude to Minister Fedeli and the Government of Italy for hosting us in this beautiful venue, and to say a warm hello to my colleagues.

The United States also recognizes that science and technology are critical to achieving our highest priorities: national security, economic growth, and job creation.

The ingenuity of our research community, in partnership with the government and the private sector, has built an innovation ecosystem whose successes originate with investments in basic research. For example, one investigator received more than a decade of government support for research on web-based malware. This research helped launch a company that provides website security.

The history of science is replete with examples of basic research leading to real world applications and commercialization.

In addition to economic benefits, the way scientists conduct their work is reflective of values the U.S. holds dear.

Many US universities have programs to participate in the expanded digital economy. An example is Computer Science for All—a program that works to provide all Americans the opportunity to participate in computer science.

The United States places high priority on policies and actions that expand the STEM workforce to include all peoples, both urban and rural, with emphasis on strengthening the participation of women and other traditionally underrepresented groups in these fields.

The United States government also recognizes the importance of researchers to our society. For this reason, the US maintains programs that provide opportunities for researchers to work across sectors, such as Presidential Innovation Fellows. The U.S. government, as well as our academic institutions, are currently involved in efforts to increase public understanding of the scientific enterprise through dedicated outreach
and science communication.

Last night’s LIGO-Virgo announcement, as mentioned by my French colleague, which was about a happening, so far away outside our galaxy, may not be understood by all, but its wonder and majesty can inspire young people to think that they too could be a cosmic explorer. Decades-long investments in fundamental research make it possible to make such profound discoveries and connect us across generations as the young will
build and improve on the inventions and discoveries of those who precede them.