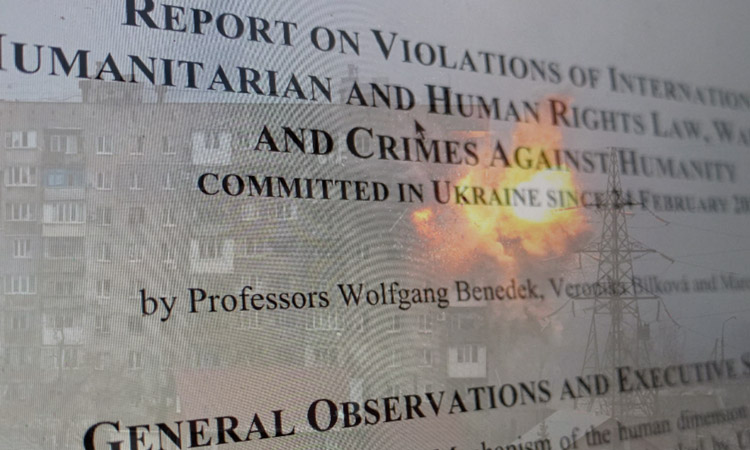 With Ukraine’s assent, the United States and 44 other countries invoked the OSCE Moscow Mechanism for a second time on June 2, establishing an expert mission to examine the further human rights abuses and humanitarian impacts of Russia’s war of aggression in Ukraine. In the report released at today’s OSCE Permanent Council meeting, the mission of experts found “clear patterns of serious violations of international humanitarian law attributable mostly to Russian armed forces.” This is consistent with the findings in the first report, released April 13.

The current report, like its predecessor, also documents evidence of direct targeting of civilians, attacks on medical facilities, rape, torture, executions, looting, and forced transfer of civilians to Russia-controlled parts of Ukraine and forced deportations to Russia itself. It further identifies two new “alarming phenomena,” namely the “establishment and use of so-called filtration centers” and the “tendency of the Russian Federation to bypass its international obligations by handing detained people over” to its proxies in eastern Ukraine to let them “engage in problematic practices, including the imposition of the death penalty.”

Taken together, the two reports comprise the most comprehensive accounting of evidence to-date of Russia’s human rights abuses, international humanitarian law violations, including potential war crimes, and other atrocities since President Putin launched his full-scale war against Ukraine on February 24. The United States and our partners will seek to hold accountable those responsible for all human rights abuses and violations of international humanitarian law, including war crimes, they commit in Ukraine.