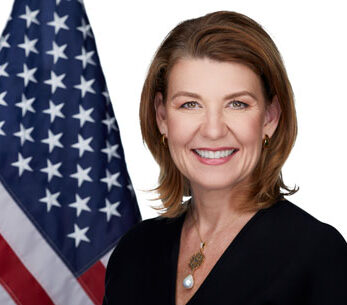 Tracy Roberts-Pounds is the Consul General in Naples, Italy. She joined the Department of State in 2000 and is a career member of the Senior Foreign Service.

From 2018-2021, Ms. Roberts-Pounds led the Office of Regional Peace and Security in the Bureau of African Affairs. Prior to that, she served as the Director of International Media Engagement in the Bureau of Global Public Affairs and oversaw the State Department’s six regional media hubs and foreign language spokespeople.

She spent from 2010-2016 on overseas assignments in the Middle East, including three years as the Foreign Policy Adviser to the Commander of U.S. Naval Operations Central Command and Commander of the Fifth Fleet, based in Manama, Bahrain. She also represented the United States in Kuwait and Syria and she studied Arabic in Tunisia.

In Washington, she served domestically in the Bureau of Near Eastern Affairs and the Bureau of Legislative Affairs. She is married to a fellow Foreign Service Officer, Timothy Pounds, and is the mother of two sons and a daughter. Ms. Roberts-Pounds is a graduate of Washington University in St. Louis; she speaks Italian, Arabic, and Spanish.