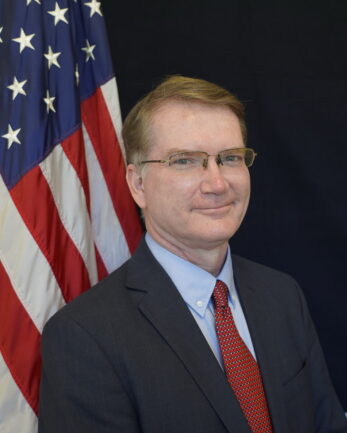 A career member of the Senior Foreign Service, Mr. Crowley previously led the office dealing with bilateral relations between the United States and western Europe and served as acting Deputy Assistant Secretary of State in the Bureau of European and Eurasian Affairs.  His other Washington assignments have been to the Executive Secretariat, Operations Center, and Central Europe office.

His most recent foreign assignment was as Deputy Chief of Mission in The Hague (Netherlands) where he provided executive oversight to 32 sections/agencies and a budget of $26 million.  From 2014-2016, he was the political/economic counselor in Pristina (Kosovo).  In early 2012, he led the U.S. diplomatic mission in Benghazi (Libya).  His other overseas work included: political/economic counselor in Vienna (Austria); peace process officer in Tel Aviv (Israel); and political officer in Tripoli (Libya), Berlin and Leipzig (Germany), Port-of-Spain (Trinidad and Tobago), and Ottawa (Canada).  He began his career in Kuwait in 1991 working on consular and political issues.  As part of a diplomatic exchange, he covered Uzbekistan and Kyrgyzstan in the German Foreign Office in Berlin.

Mr. Crowley received a bachelor’s degree in international relations from Georgetown University and a master’s in national security strategy from the National War College.  Before joining the State Department, he worked as a banker in the Cayman Islands and as a staffer in the German Parliament in Bonn.

He and his spouse, Sabine, have two grown children and two grandchildren.

More information about Ambassadors and Chiefs of Mission to Italy.