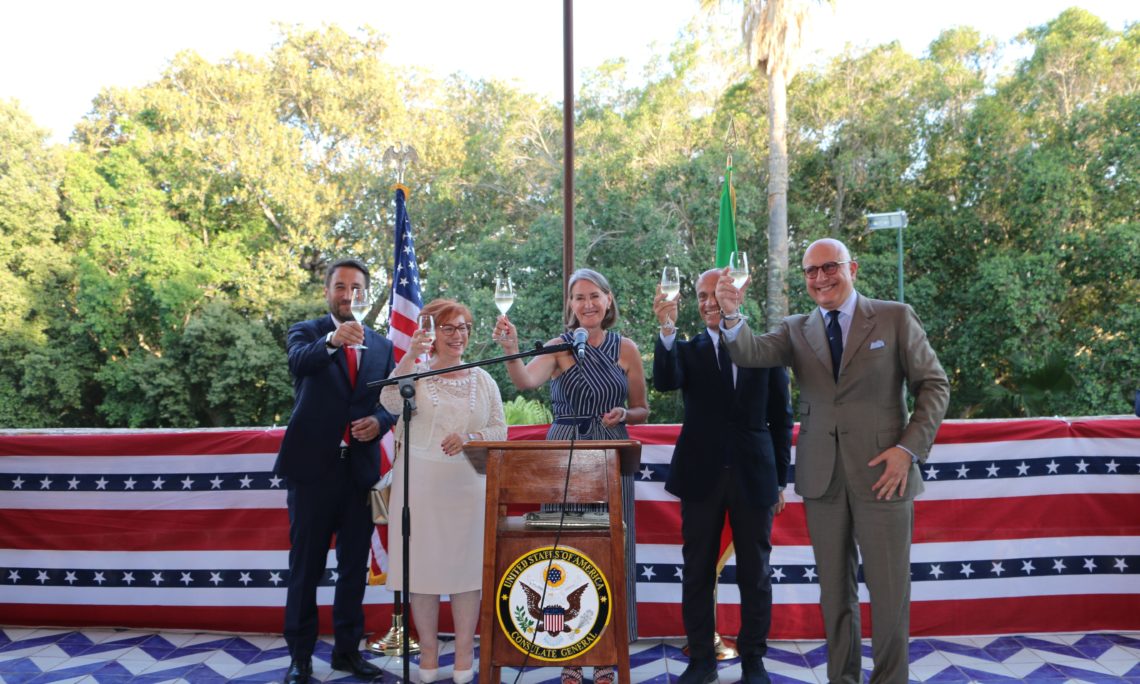 The official celebration for the 243th anniversary of the U.S. Independence held at Villa Niscemi

“On behalf of the U.S. Government, I would like to thank all Sicilians for their continued support and friendship. Sicily and the United States of America have a long history of immigration, and a strong relationship based on shared values ​​such as freedom, democracy, human rights, and security. More than 25 million Americans are of Italian descent, and many of them came from Sicily,” said Consul General Mary Ellen Countryman in her remarks at the official ceremony.

For the third consecutive year, the event took place at Villa Niscemi, the city of Palermo’s representational seat. Consul General Countryman welcomed about 80 guests, who took part in the celebrations and enjoyed the Dixieland-style performance by the Marching Band of the Brass Foundation, the prestigious Palermo Jazz school. Stars and stripes decorations and traditional Sicilian ceramics were displayed in every room of the villa.

The Consul General took the opportunity to say goodbye the Sicilian friends: “Although my time as Consul General has almost come to an end, what I am feeling the most is not nostalgia for the end of my experience, but rather a sense of pride in seeing that the historic friendship between Sicilians and Americans is now stronger than before.” 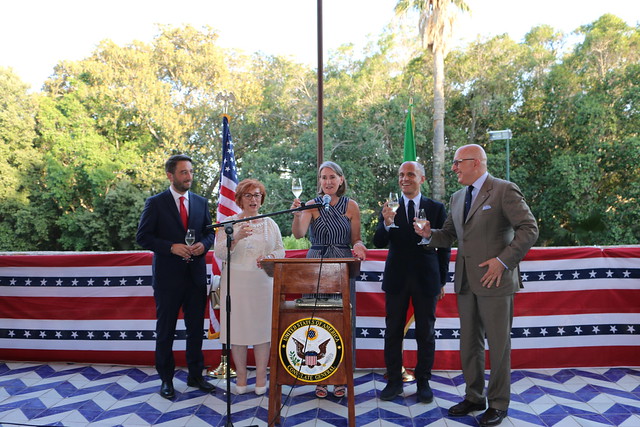