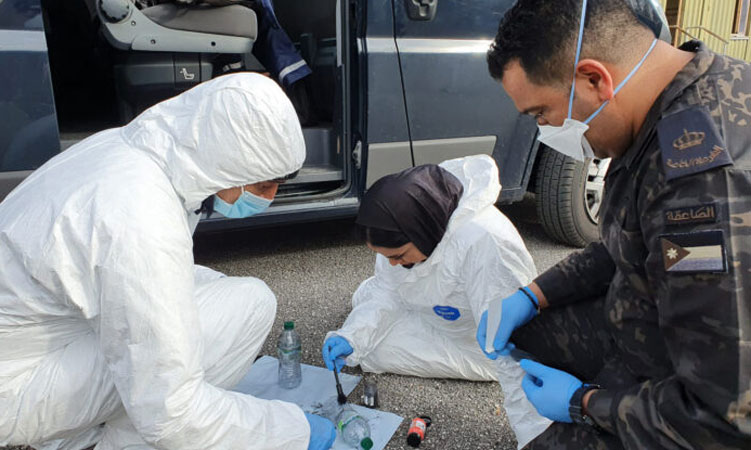 ISIS has made significant inroads into Africa. An 84-member coalition committed to countering ISIS globally is working to deter further advances on the African continent by ISIS affiliates.

The Global Coalition to Defeat ISIS will hold its annual ministerial in Marrakesh, Morocco, on May 11 to address the growing threat from ISIS in Africa and continue its efforts to combat the threat in Iraq and Syria, as well as Afghanistan.

The ministerial in Morocco is the coalition’s first held in an African country. Coalition members will meet in a smaller group known as the Africa Focus Group on May 10 to specifically collaborate on countering ISIS in Africa before the larger ministerial the next day.

“The goal is to enhance and improve the counterterrorism capabilities of the African members of the coalition,” said Douglas Hoyt, the State Department’s acting deputy special envoy for the Global Coalition to Defeat ISIS.

Members will review existing efforts to counter ISIS in Africa, identify gaps and share information. “We don’t want to duplicate efforts but rather reinforce them,” Hoyt said.

U.N. Secretary-General António Guterres has called ISIS expansion into Africa “alarming.” According to the U.S. Department of State, deaths from ISIS attacks nearly doubled in West Africa from 2017 to 2020, from 2,700 to 5,000. ISIS-Mozambique was responsible for an estimated 1,500 deaths that year.

ISIS funds its operations through schemes that threaten the local population, such as theft, extortion and kidnapping for ransom. The extremist group is best able to cross borders and make inroads in regions where government control is limited.

To tackle the problem, the coalition launched the Africa Focus Group in December, with Morocco and Niger taking leadership roles along with Italy and the United States.

The group aims to:

Some efforts are already underway. Early this year, the NATO Stability Policing Centre of Excellence convened law enforcement from the Middle East and North Africa, including Algeria, Morocco and Tunisia, to train in processing battlefield evidence for terrorism cases.

Some 100 law enforcement agencies trained on INTERPOL tools, prior to the 10-day operation.

“Through its policing tools and services, INTERPOL is determined to help countries in regions such as East Africa address their specific security threats and help build a safer environment,” INTERPOL Counter-Terrorism Director Gregory Hinds said after the operation.