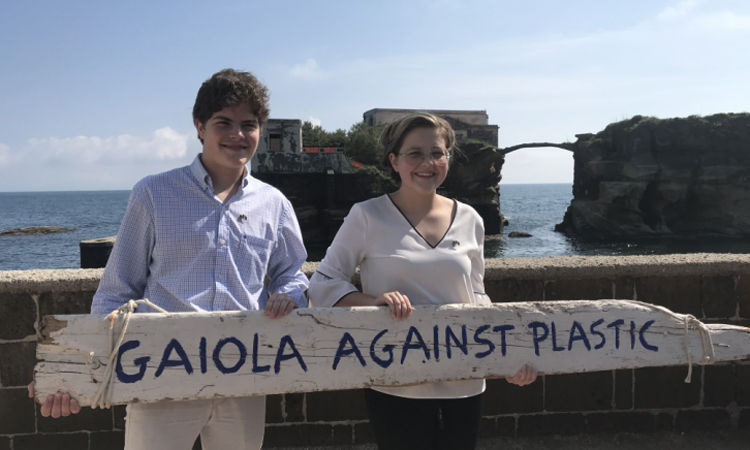 U.S. Consulate General Naples facilitated two speaking programs with Carter and Olivia Ries, two American teenagers who launched their NGO “One More Generation” in 2009 to empower youth around the world to create solutions for the pressing issues of today.  Focused on the dangers of plastic pollution, the Ries siblings spoke with approximately 150 students at a high school in Aversa after the screening of A Plastic Ocean, organized by the Consulate in partnership with Italian environmental NGO Legambiente.  The siblings also visited the Gaiola Marine Park, where they exchanged best practices and ideas with the director of the Gaiola Interdisciplinary Studies Center and spoke with approximately 30 elementary school students about marine pollution.  Gaiola’s staff recorded and shared a video featuring the Ries siblings’ support of Gaiola’s campaign against marine plastic pollution, “Gaiola against Plastic.”  During both the programs, their motto engaged and inspired the young audiences they met:  “Anybody can make a difference.  If we can, you can too!”