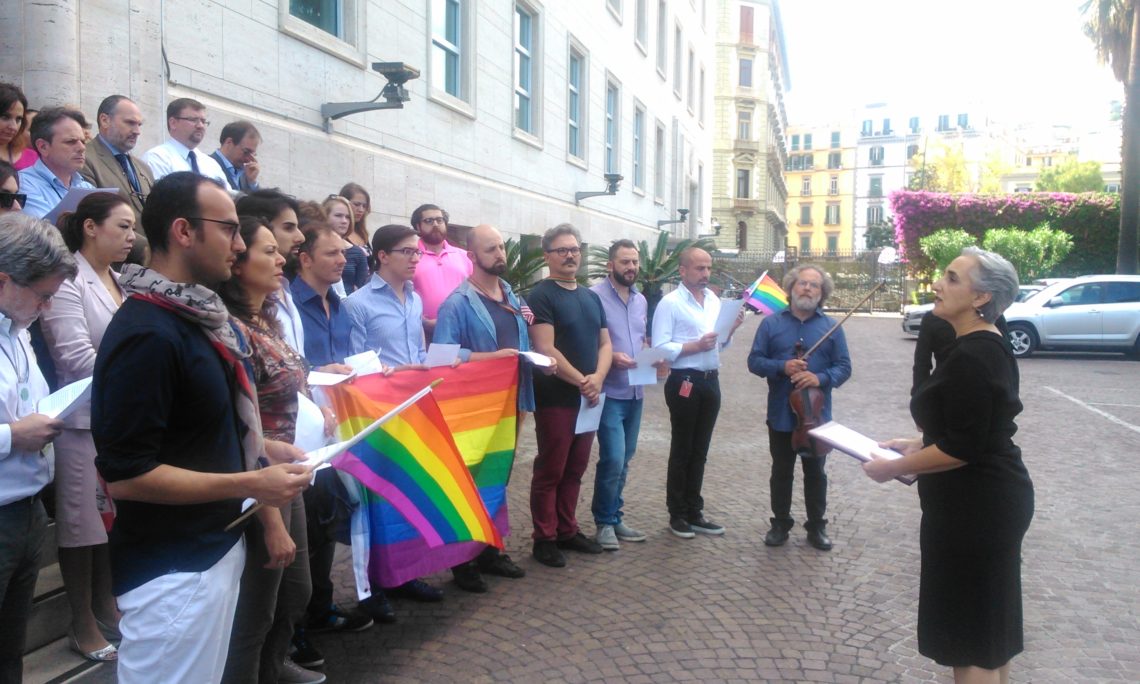 U.S. Consulate General Naples took part in several commemoration activities in Naples in honor of the victims of the terrible attack in Orlando, Florida, and coordinated closely with ArciGay and iKen, two local LGBTI organizations which held a candle light vigil and peaceful demonstration in front of the Consulate building.

Upon her return from an official visit to Catania, Consul General Colombia Barrosse took a moment to light a candle that same evening, and also hosted an official ceremony the next day in the Consulate’s courtyard featuring members of the CorACor  LGBT choir sponsored by local LGBT association iKen.