Home Homepage | News & Events | President Donald J. Trump Is Beginning the Next Phase In Our Fight Against Coronavirus: Guidelines for Opening Up America Again 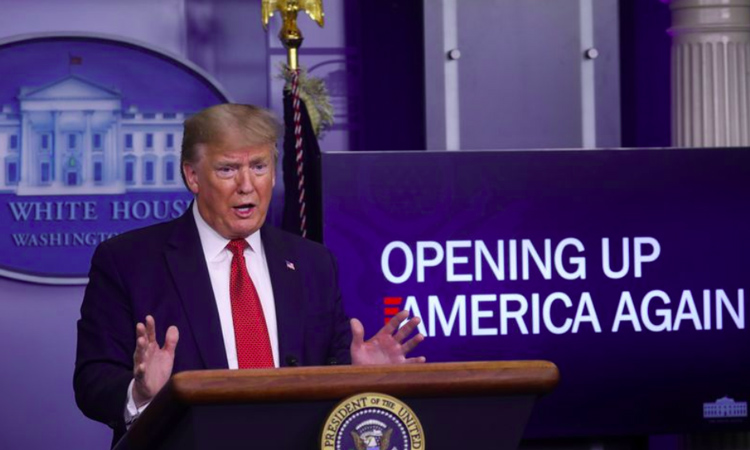 “All of American society is engaged and mobilized in the war against the invisible enemy. While we must remain vigilant, it is clear that our aggressive strategy is working.”

BEGINNING THE NEXT PHASE IN THE FIGHT: President Donald J. Trump is continuing the fight against the coronavirus by beginning to reopen the country in a smart and safe way.

CONTINUING TO PROTECT AMERICANS: These new guidelines represent the next phase in President Trump’s data-based approach to protect the health and wellbeing of Americans.
LEADING A HISTORIC MOBILIZATION: President Trump has led a historic mobilization to rapidly ramp up testing and the distribution of medical supplies.