Home Homepage | News & Events | President Donald J. Trump’s Proclamation on Jerusalem as the Capital of the State of Israel 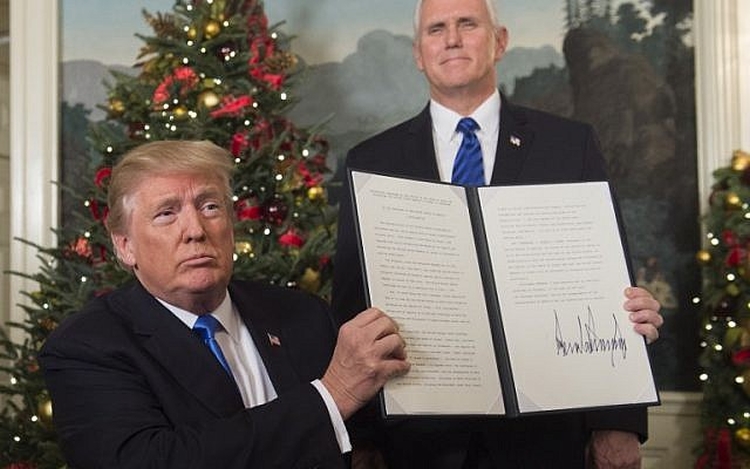 “My announcement today marks the beginning of a new approach to the conflict between Israel and the Palestinians.” – President Donald J. Trump

RECOGNIZING JERUSALEM: President Donald J. Trump is following through on his promise to recognize Jerusalem as the capital of the State of Israel and has instructed the State Department to begin to relocate the U.S. Embassy to Israel from Tel Aviv to Jerusalem.

STATUS OF JERUSALEM: President Trump recognizes that specific boundaries of sovereignty in Jerusalem is highly sensitive and subject to final status negotiations.

COMMITTED TO THE PEACE PROCESS: President Trump is committed to achieving a lasting peace agreement between Israelis and Palestinians.