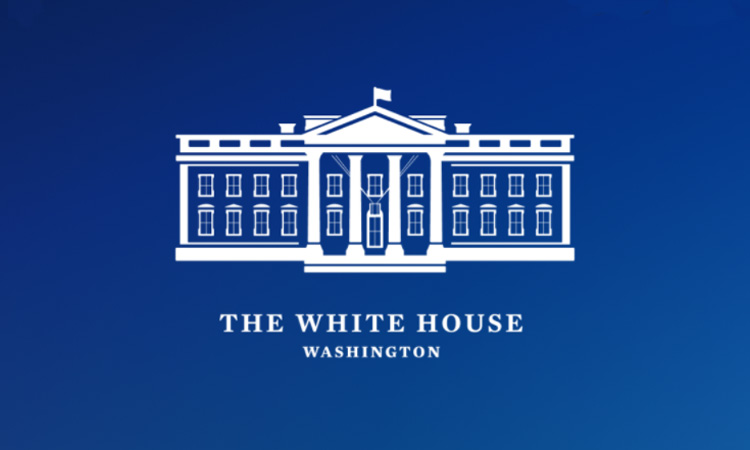 MR. MEAGHER:  Thank you for joining us for this important call previewing a major agreement with the European Union.  We will have two portions of the call — an on-the-record portion and an on-background Q&A.

The contents of this call will be embargoed until the conclusion of the call.  I’ll go over those ground rules at the end.  But for now, I will hand it over to our National Security Advisor, Jake Sullivan.

MR. SULLIVAN:  Thanks, Chris.  And thanks, everybody, for joining.  And greetings from Rome, where the U.S. and the EU have concluded an agreement with respect to steel and aluminum tariffs and the retaliatory tariffs imposed by the EU.  This is really the work of Secretary Raimondo and Ambassador Tai and their teams with support from the White House.

So I’m going to let them talk through the specifics of the deal and how we got here, and then, obviously, their teams who will be available to take questions on background, as Chris laid out.

The reason I wanted to just say a few words at the top is to set a little bit of the larger context here and just to underscore that not only does today’s deal remove one of the largest bilateral irritants in the U.S.-EU relationship, it actually transforms it into a joint forward progress on two central challenges.

The President has said that one of his — the key goals of his presidency is to demonstrate that democracies can deliver results for their people, especially working people, and solve the challenges of the 21st century.  And two of the greatest of those challenges are the threat of climate change and the economic threat posed by unfair competition by China.

Today’s deal with the EU delivers on that promise by making headway on both fronts.  The agreement, ultimately, to negotiate a carbon-based arrangement on steel and aluminum trade addresses both Chinese overproduction and carbon intensity in the steel and aluminum sector; it shows that we can solve the climate crisis while at the same time better protecting our workers; that we don’t have to pick between climate or the economy — that the path to climate progress is through ensuring good jobs.

Today’s deal is evidence of this in motion and evidence that we can rally key likeminded partners to join us.

So we’re excited about the opportunity to write the rules of the 21st century with our partners and allies.  We’re committed to making a future carbon-based arrangement open to any country that shares our commitment to restoring market orientation and promoting trade and low-carbon steel and aluminum.

And so we not only have an immediate, near-term solution, we also have an ambitious undertaking ahead of us to negotiate this new arrangement.

And with that, let me turn it over to Secretary Raimondo.

SECRETARY RAIMONDO:  So, good afternoon and good evening.  And thank you, Jake.  As Jake said, this is a important and, in some ways, historic announcement.

At the beginning of the administration, the President asked Ambassador Tai and me to work with the EU to find a solution to the 232 tariffs disputes but to do it in a way that would, as Jake said, rebuild our alliances with the EU, protect America’s steel and aluminum workers, and move us meaningfully forward to achieving our climate goals.

And today, we are here to announce a deal that does exactly that.  We’ve reached an agreement with the EU which maintains the 232 tariffs but allows limited volumes of EU steel and aluminum to enter the U.S. tariff-free.

We’ve also agreed to work together with the EU to use trade tools to fight global excess capacity of steel and aluminum, to address carbon intensity, which is — set a huge milestone in our fight against climate change.

Before I take a second to go through the details, I do want to thank our counterparts in the EU, particularly President von der Leyen and my counterpart, Executive Vice-President Valdis Dombrovskis, for their partnership.  This is a very difficult negotiation.  It was arduous, complicated.  Both sides argued forcefully but respectfully.  And I want to thank them for their partnership, because it was a very successful negotiation, and we agreed on a way forward for how to face our shared challenge, which is global excess capacity, mainly by China.  And it was in our mutual interest to find compromise.

The deal that we struck achieves the following goals:  First, it, as I said, protects American steel and aluminum industries, (inaudible) national security and our steel and aluminum workers from the excess capacity driven by China dumping steel into our markets.

For far too long, China was routing its cheap steel into the U.S. via Europe and other markets, which drove down prices and made it essentially impossible for America’s steel and aluminum industry to compete and, of course, in so doing, hurting the industry and hurting our workers.

So, today’s agreement enables us to allow limited volumes of steel to enter the U.S. tariff-free while still protecting America’s steel industry by ensuring that all steel entering the U.S. via Europe is produced entirely in Europe.

Secondly, this agreement is significant in that it will reduce costs for American manufacturers and consumers.  We obviously all know that steel and aluminum are in a range of products, from cars to trucks, to washing machines and other household appliances and construction materials.

In the past year, the cost of steel for manufacturers in the downstream industries has more than tripled.  And I think every American is seeing that.  You know, every American is seeing increases in car prices, increases in appliances, increases in a number of different products.  And we’ve also — we are also experiencing unprecedented supply chain disruption.  And we fully expect this agreement will provide relief in the supply chain and drive down cost increases as we lift the 25 percent tariffs and increase volume.

Of course, it’s also good for the American manufacturers who use steel and aluminum in their product.  And we believe it will help them lower their costs, (inaudible), and create more jobs.

(Inaudible) and thirdly, in this deal we were able to reach an agreement whereby the EU will drop their retaliatory tariffs.  As many of you know, the EU was set to increase tariffs on December 1st to 50 percent on iconic American companies, like Harley Davidson and the Kentucky bourbon industry.  I don’t think we can underestimate how crippling a 50 percent tariff is.  A business can’t survive with a 50 percent tariff.  There’s 1.7 million Americans supported by the distilled spirits industry, 5,600 manufacturing workers at Harley Davidson.  And all of their jobs are safer today because of this deal.

Finally and importantly, as Jake indicated, this deal creates a framework through which the U.S. and EU agree to take carbon intensity into account in future negotiations.  It’s the first-of-its-kind deal.  And it means that the U.S. and EU, you know, both produce steel and aluminum that is significantly cleaner — i.e. less carbon intensive — than the steel produced in China.  And China’s lack of environmental standards is part of what drives down their cost, but it’s also a major contributor to climate change.

So, this is a significant achievement by the President.  By agreeing to the framework, we’re protecting American jobs.  We’re showing clean manufacturing can be good for business and consumers.  We’re helping the planet.  And we are alleviating some of the challenges now related to increased costs and supply chain disruption.

So, it’s an exciting day, and I’m thankful to (inaudible) to Ambassador Tai.

AMBASSADOR TAI:  Thank you so much, Gina and Jake.  Thank you all for joining the call.  It’s been an intense few weeks of negotiations as we work to reach this arrangement.  But as Secretary Raimondo just said, this is a great day for American workers, American producers, our alliance with the European Union, and our joint commitment to battle climate change.

Today’s announcement delivers on President Biden’s vision to turn the page on past disputes and begin a new chapter of enhanced transatlantic relations.

Earlier this year at the U.S.-EU Summit, we resolved the Boeing-Airbus dispute over aircraft subsidies.  That framework strengthens our respective aircraft industries, helps secure good jobs for workers on both sides of the Atlantic, and lays the groundwork for increased cooperation on shared challenges posed by China and other non-market economies.

The summit also launched the U.S.-EU Trade and Technology Council, which held its inaugural meeting in September and provided a forum for the United States and European Union to strengthen our cooperation on key global trade, economic, and technology issues.

These actions all help to create momentum and the trust necessary for reaching this agreement, which will help ensure the long-term viability of our steel and aluminum industries, the communities they support, and, most importantly, the workers in these industries on both sides of the Atlantic.

Before we get to your questions, there are a few parts of the agreement that I want to highlight.  In addition to the EU eliminating the retaliatory tariffs against the U.S. that Secretary Raimondo just mentioned, we have also agreed to suspend the WTO disputes against each other related to the 232 actions.  The agreement also addresses global overcapacity from China and toughens enforcement mechanisms to prevent leakage of Chinese and other unfairly traded steel and aluminum into the U.S. market.

Going forward, the U.S. and the EU will analyze the volume of steel and aluminum imports from the EU each year, share information and best practices on trade remedies, and ensure that products from non-market economies do not benefit from the arrangement.

Lastly, this deal is a significant win on one of President Biden’s top priorities: fighting climate change.

President Biden has been clear that we must find new ways to tackle the growing crisis and create jobs.  As part of the resolution, the U.S. and the EU have agreed to negotiate the first-ever carbon-based arrangement on steel and aluminum trade, and create greater incentives for reducing carbon intensity across modes of production of steel and aluminum produced by American and European companies.

We know our allies and trading partners agree.  That is why we will create a global arrangement to encourage likeminded economies that share our collective commitment to market-based principles and addressing the carbon intensity of these industries.

Before I close and turn this back to our moderator, I want to thank European Commission Executive Vice-President Valdis Dombrovskis.  In the last month alone, he and I have met with or spoken to each other more than 10 times.  And the staff on both sides have worked around the clock to get this agreement across the finish line.

This renewed cooperation and shared commitment to creating durable trade policy that puts workers front and center will lead to greater prosperity for our citizens on both sides of the Atlantic and around the world.

MR. MEAGHER:  All right.  Thank you to the three of you for taking the time this evening.