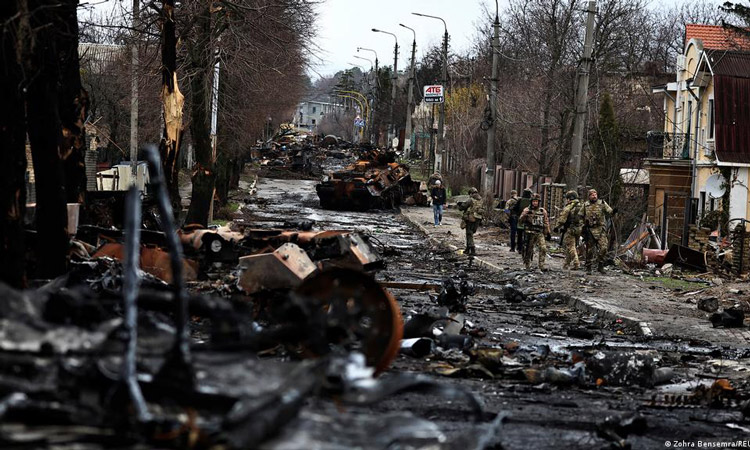 The U.S. Department of State is announcing the launch of a new Conflict Observatory to capture, analyze, and make widely available evidence of Russia-perpetrated war crimes and other atrocities in Ukraine.  The program encompasses the documentation, verification, and dissemination of open-source evidence regarding the actions of Russia’s forces during President Putin’s brutal war of choice.  The Conflict Observatory will analyze and preserve publicly and commercially available information, including satellite imagery and information shared via social media, consistent with international legal standards, for use in ongoing and future accountability mechanisms.  This includes maintaining rigorous chain-of-custody procedures for future civil and criminal legal processes under appropriate jurisdictions.  An online platform will publicly share the Conflict Observatory’s documentation to help refute Russia’s disinformation efforts and shine a light on abuses.

This program is being established with an initial $6 million investment, with future funding to come from the European Democratic Resilience Initiative (EDRI).  In March, the White House announced at least $320 million in funds for EDRI to bolster democratic resilience, advance anti-corruption efforts, and promote respect for human rights in Ukraine and its region.  This new Conflict Observatory program is part of a range of U.S. government efforts at both national and international levels designed to ensure future accountability for Russia’s horrific actions.

The Conflict Observatory is a collaborative endeavor with Esri, a leading geographic information systems company, Yale University’s Humanitarian Research Lab, the Smithsonian Cultural Rescue Initiative, and PlanetScape Ai.  The U.S. government has also contributed commercial satellite imagery to these efforts.  We expect other international partner organizations to join as the program proceeds.  Reports and analyses will be available online through the ConflictObservatory.org website.

The Conflict Observatory is a further demonstration of the United States’ steadfast support for the people of Ukraine as they valiantly defend their country and their freedom in response to President Putin’s premeditated, unjustified, and unprovoked war.