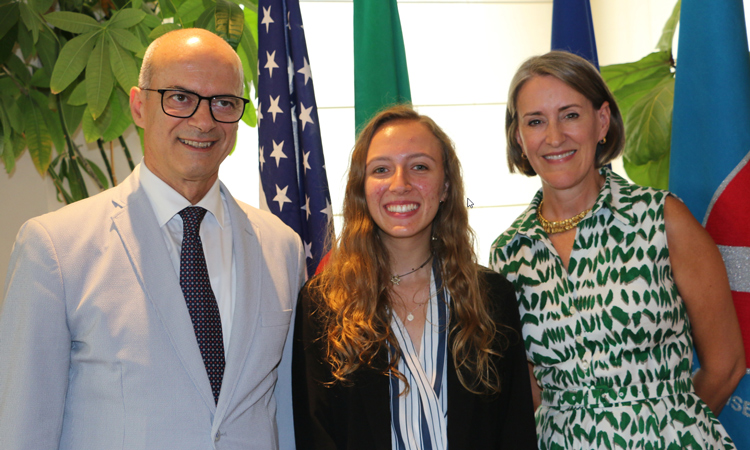 “Molise has been one of the first regions of Southern Italy that I visited. I was here in Campobasso about a year and a half ago – said Consul General Countryman on Twitter – and I promised I would be back here soon.”

This time Consul General Countryman met first with the Prefect of Campobasso, Maria Guia Federico, and then called on the newly elected President of Molise Donato Toma, to discuss avenues of cooperation between the Consulate and the Region. They also posed for a photo with Michelangela Marinelli, an 18-year-old local high school student will soon depart for the Department of State’s three-week Youth Leadership Program in the U.S.

Consul General Countryman also attended a concert of the multiple Grammy-nominated “Quartet San Francisco,” four musicians from the Bay Area led by American violinist Jeremy Cohen. Together with the Mayor of San Giovanni in Galdo Mario Piunno and the President of Regione Molise Donato Toma, the Consul General gave brief remarks before the concert, which was part of the fourteenth edition of the music festival “Jazz in Campo – Jazz in Galdo.”