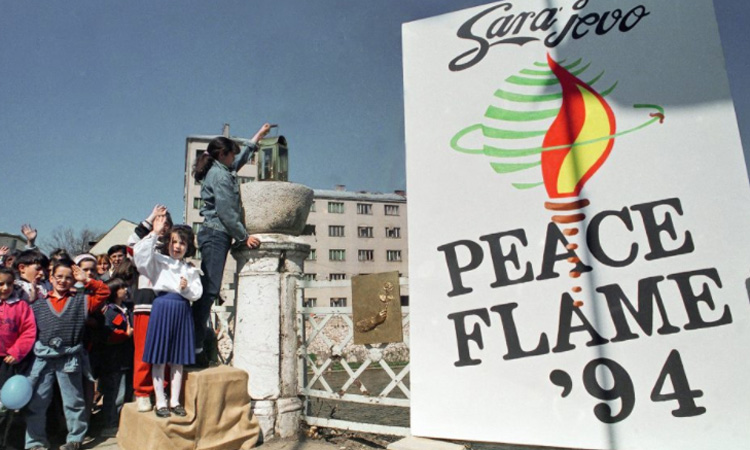 The Olympics are about more than dazzling feats of athletic prowess, stirring pageantry and how often a country’s anthem is played during gold medal presentations. They also sound a clarion call for world peace.

It’s a tradition dating back to the first games in 776 B.C.E., when the kings of three warring Greek city-states struck a truce so athletes and spectators could safely make their way to and back home from Olympia.

They called it an “ekecheiria,” which means the holding of hands or simply a truce. The observance of Olympic Truces during these quadrennial festivals of chariot racing, wrestling and running lasted almost 12 centuries until the final games of antiquity were played in 393 C.E.

The modern Olympics were re-established in 1896. Almost 100 years later, organizers of the 1992 Summer Games in Barcelona, Spain, and the 1994 Winter Games in Lillehammer, Norway, revived the Olympic Truce tradition at a time when the Balkans were riven by fighting.

The International Olympic Committee regularly began calling for cease-fires and for amity between hostile nations. Soon the United Nations joined in, and now the General Assembly adopts Olympic Truce resolutions every two years before the Olympic Games.

When athletes from North and South Korea, technically still at war despite a fragile cease-fire that has held since 1953, marched into the opening ceremonies for the 2000, 2004 and 2006 games under a white unification flag with a blue, undivided Korea outlined in the middle, it was seen as a goodwill gesture in the Olympic Truce spirit.

Now, at a time of grave tensions on the peninsula over the Pyongyang regime’s nuclear missile threats, North and South Korean athletes plan on marching together and, for the first time, competing together on a combined women’s hockey squad.

“The Olympic Games are a symbol of hope and peace,” International Olympic Committee President Thomas Bach said in November, when the United Nations adopted its Olympic Truce resolution ahead of the Pyeongchang Winter Games. “The Olympic athletes show the whole world that it is possible to compete with each other while living peacefully together under one roof at the same time.”