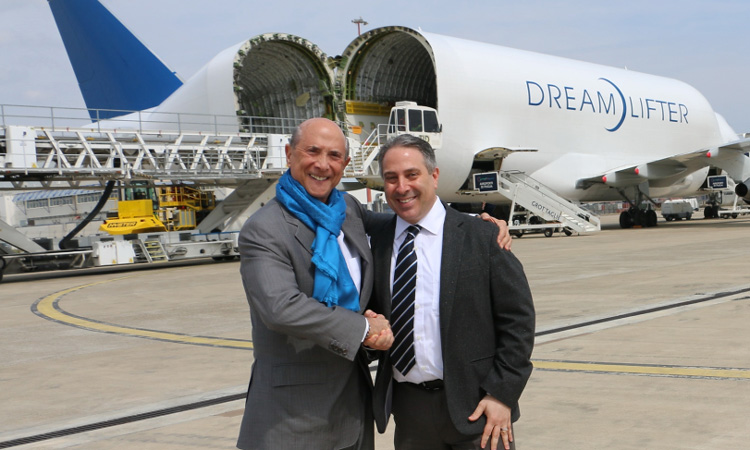 During a two-day-trip to the southern regions of Puglia and Basilicata, Ambassador Eisenberg had the opportunity to visit the Leonardo factory in Grottaglie, where parts of the Boeing 787 fuselage are assembled, as well as the city of Matera, which was awarded the coveted title of 2019 European Capital of Culture.

In Grottaglie, after touring the plant with Boeing’s Country Manager for Italy Antonio De Palmas, and President of Leonardo Giovanni De Gennaro, the Ambassador witnessed firsthand a delivery of completed sections onto an enormous 747 Dreamlifter, designed specifically to carry fuselage sections to the U.S. for final assembly.

“It’s an honor to visit this plant, a place of technological excellence where the most important American industrial partnership in Italy’s South takes place,” said Ambassador Eisenberg during the visit. “Here I can feel the power of innovation!”

The Ambassador’s trip continued in the Basilicata region with his first visit to Matera, where he enjoyed a tour of the city with Fulbright English Teaching Assistant Marney Kline and visited Casa Noha, a museum operated by Fondo Ambiente Italiano (FAI) that depicts life in the “Sassi,” the city’s famous cave-dwellings that are now a UNESCO Heritage site. 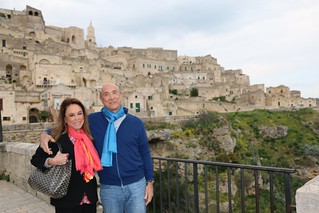