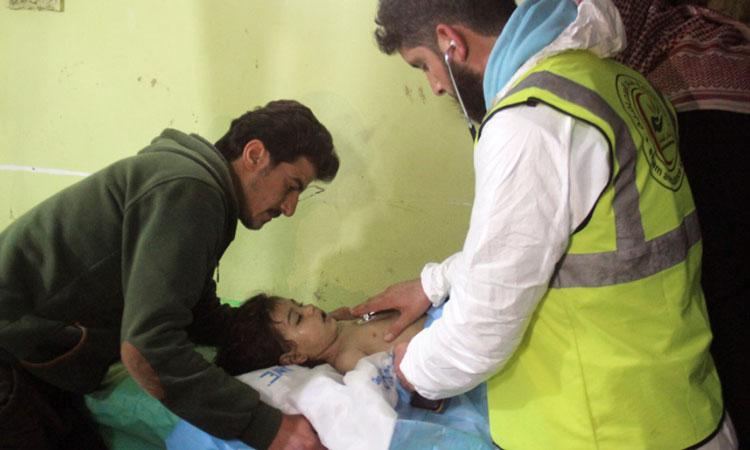 This article is part of a series describing how the Russian government and Vladimir Putin conceal their or their allies’ involvement in chemical attacks on civilians worldwide.

The 2017 sarin gas attack in Syria killed 90 people, including 30 children.

A joint independent investigation by the United Nations and the Organization for the Prohibition of Chemical Weapons found the Syrian government responsible for the attack.

Shortly after the attack, the Russian government launched a disinformation campaign to deny the Syrian government’s role and pushed fabricated narratives at international organizations like the U.N.

Seeking to protect their ally, Russian officials and Kremlin-controlled media misleadingly placed blame for the attack on sources outside Syria, including the United States.

The Kremlin also used its state-controlled media outlets and social media to spread false claims. A television station managed by Russia’s military falsely claimed Ukraine shipped chemical weapons to the Middle East on April 8 and 12, 2017, one week after the attack, suggesting they had a role.

Russian authorities also used false identities, bots and trolls to spread disinformation, as seen in the spike of false Twitter accounts in the days after the Khan Shaykhun attacks.