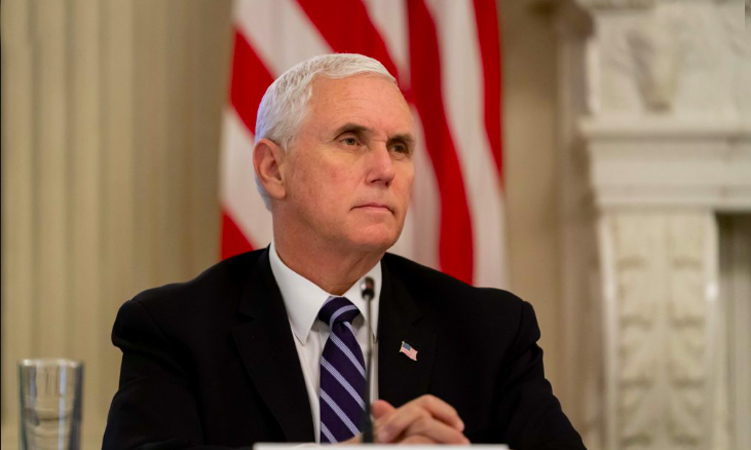 Today, Vice President Mike Pence led a discussion with the chief executives of approximately 50 States, territories, and the city of Washington, DC, and the White House Coronavirus Task Force to update our Nation’s governors on local, State, and Federal COVID-19 response and recovery efforts. To open up the meeting, Chaplain of the United States Senate, Rear Admiral Barry Black led the group in prayer. The Vice President assured the Governors that the Administration would honor the memory of George Floyd, justice would be done, and at a time of civil unrest we would continue to protect the rights, property, and lives of all our people.

As President Trump has said, the American people expect law and order, and Vice President Pence thanked those governors who have provided adequate resources to keep America’s communities safe. The briefing focused on protecting our most vulnerable Americans including nursing home residents and Americans with underlying health conditions, including those in African American, Hispanic, and Native American communities.

Vice President Pence led a discussion of best practices from our Nation’s governors on re-opening their States and communities in a phased-approach while expanding testing, protecting and supporting our most vulnerable Americans including nursing home residents and expanding healthcare capacity. Protecting vulnerable seniors in nursing homes is a top priority for the Trump Administration – in fact it was the first ask that the Vice President made to our Nation’s governors on March 2. Administrator Seema Verma of the Centers for Medicare & Medicaid Services (CMS) discussed the recently released information to States on survey activities, CARES Act funding, and enhanced enforcement for infection control deficiencies in nursing homes. The Vice President and other Federal leaders asked governors and their teams to redouble their efforts to prioritize the protection of Americans in nursing homes and other long-term care facilities. Our Nation’s governors also discussed the unprecedented support President Trump has provided for the National Guard by extending Title 32 Status for 49 States to respond to COVID-19 and facilitate economic recovery through August 21, 2020 and continuing the 100% Federal cost share.

Since January 2020, the Trump Administration has led nearly 300 briefings – including 22 governors’ briefings – with over 123,000 State, local, and Tribal participants.