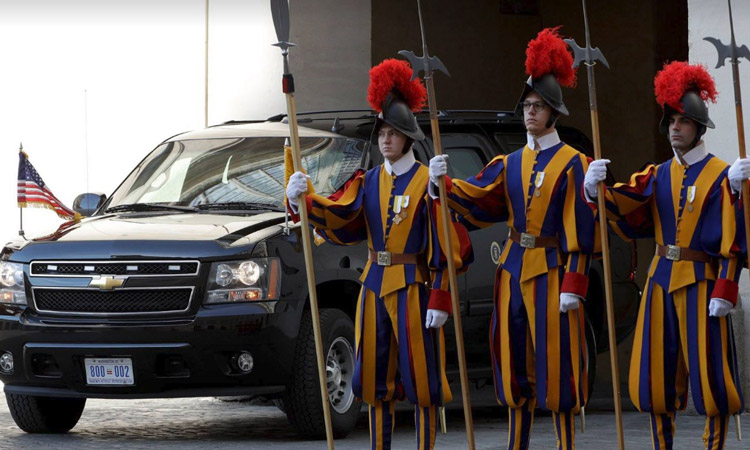 The White House
Office of the Press Secretary
For Immediate Release
May 24, 2017

President Donald J. Trump met today with His Holiness Pope Francis and Cardinal Secretary of State Pietro Parolin.  This was the President’s first engagement with the Holy See. In their meetings, the President focused on how the United States, the Holy See, and the international community can work together to combat terrorism.

The President also renewed the commitment of the United States to fighting global famine.  As he relayed at the Vatican, the United States is proud to announce more than $300 million in anti-famine spending, focused on the crises in Yemen, South Sudan, Somalia, and Nigeria.

Suggested for You
Tweets by @POTUS